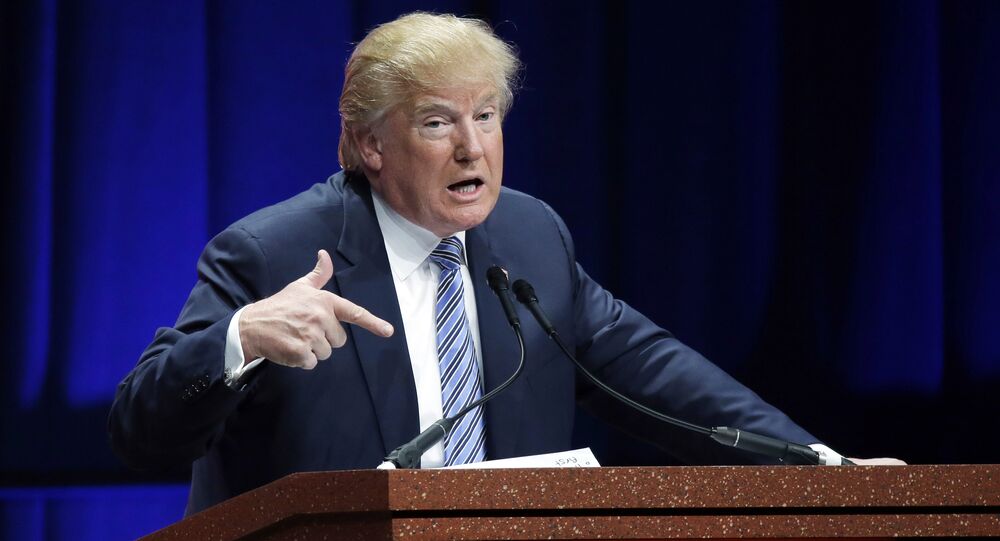 © AFP 2021 / NICHOLAS KAMM
US Presidential Candidate Ted Cruz Trails Donald Trump in Iowa
WASHINGTON (Sputnik) — According to the ABC News/Washington Post, 57 percent of Republicans expressed their support for Trump down 12 points since November, compared to Cruz whose support among Republicans grew by 7 points putting him at a 60 percent favorability rating, while support for Christie went up by 18 points.

The ratings of former neurosurgeon Ben Carson and former Florida Governor Jeb Bush, who had a significant lead among Republicans in November, have dropped, according to the latest poll.

© Flickr / Gage Skidmore
Ben Carson: Political Correctness Will Destroy Us
In January, Bush lost 12 points bringing his favorability among Republicans to 44 percent, while Carson lost nine points bringing his rating from 72 percent in November to 62 percent.

The results of the latest poll come ahead of the February Iowa caucus and upcoming primary vote which will start the presidential nomination process.

In recent weeks, US voters have voiced support particularly for Trump and Cruz, and have said the two candidates would best handle the US economy, immigration as well as security threats like the Islamic State.