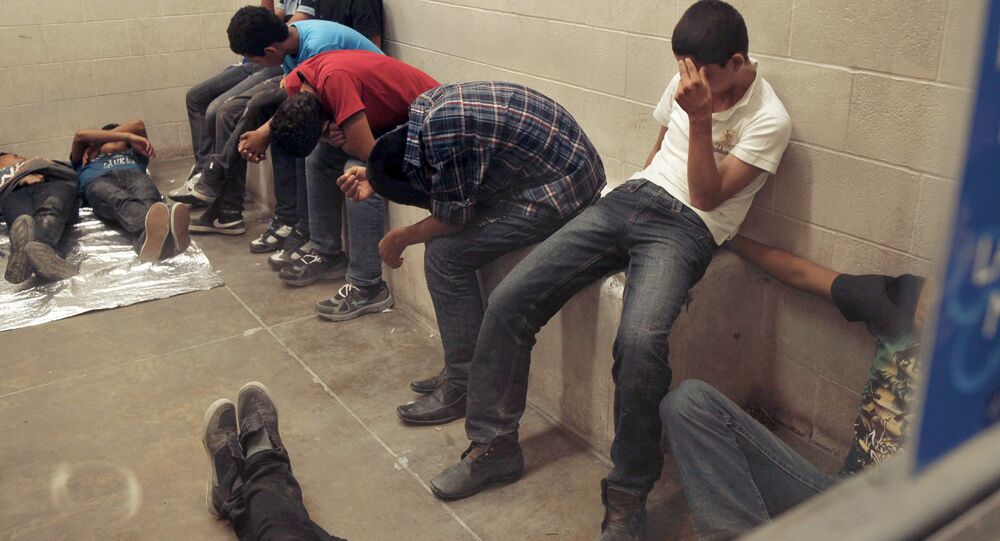 As the US launches a new wave of deportations, Radio Sputnik’s Loud & Clear speaks with Juan Jose Gutierrez, director of the Full Rights for Immigrants Coalition, about the Obama administration’s troubling record with immigrants from Central America.

"We cannot believe that the Barack Obama administration that has told us for the last seven years, and even more than that, that he’s with the community…went ahead and made this cruel and un-American announcement," Gutierrez tells Loud & Clear, referring to Obama’s notice of national deportation raids.

The Knock on the Door: Feds Launch Terrifying Raids Against Asylum Seekers

For Gutierrez, this decision, seemingly at odds with an ostensibly progressive administration, proves that Obama is playing a "sinister, political game."

"We’re very concerned about what exactly is the Barack Obama administration telling the Latino community," he says. "From my perspective, he’s sending a terrible message. There’s a huge political inconsistency where on the one hand he offers legal relief in the form of his immigration executive actions…and then on the other hand he’s going after Central American children and their parents who are escaping violence, unemployment, and dire poverty."

Gutierrez also blames the turn of events on a concerted effort by the mainstream media to vilify grassroots immigration reform campaigns.

"The mass corporate media launched this very violent campaign where it basically repeated over and over again that mass mobilizations did not achieve anything," he says, "that there had to be new tactics of political participation to bring about comprehensive immigration reform."

This helped pave the way, according to Gutierrez, for the Obama administration to push legitimate Latino voices to the sidelines.

"…The people that should have been invited to have a serious conversation about how to bring about comprehensive immigration reform instead got pushed to the side, and other more institutional individuals…were the ones who were appointed our [Latino immigration] spokespersons."

While Democrats may take the Latino vote for granted, given the often xenophobic views expressed by members of the Republican Party, voters may grow disillusioned by the Obama’s administration’s lack of true immigration reform.

"The fact that he has deported more individuals than any president in the history of the United States – including his predecessor George Bush – is really giving people a lot to think about,"Gutierrez said, "and this latest campaign of mass immigration raids targeting children and their parents…I think it’s making a lot of people in the Latino community…[think about] what they’re going to do with their vote…"

"There is no doubt in my mind that if these raids continue, you will again see an explosion of mass organization and mobilization in the country like you did in 2006, except that the level of political consciousness of the participants is going to be much higher," Gutierrez stated.

In this episode of Loud & Clear, Brian Becker also speaks with Eddie Conway, who served as the Minister of Defense for the Baltimore branch of the Black Panther Party, about the Freddie Gray police trials, as well as Jacqueline Keeler, an Oregon-based activist, who discusses America’s troubled history of stealing land from indigenous peoples, and how that relates to the recent seizure of a federally-owned wilderness observatory facility by an armed militia.

Mass Deportation of Immigrants 'Foolish Waste' of US Money