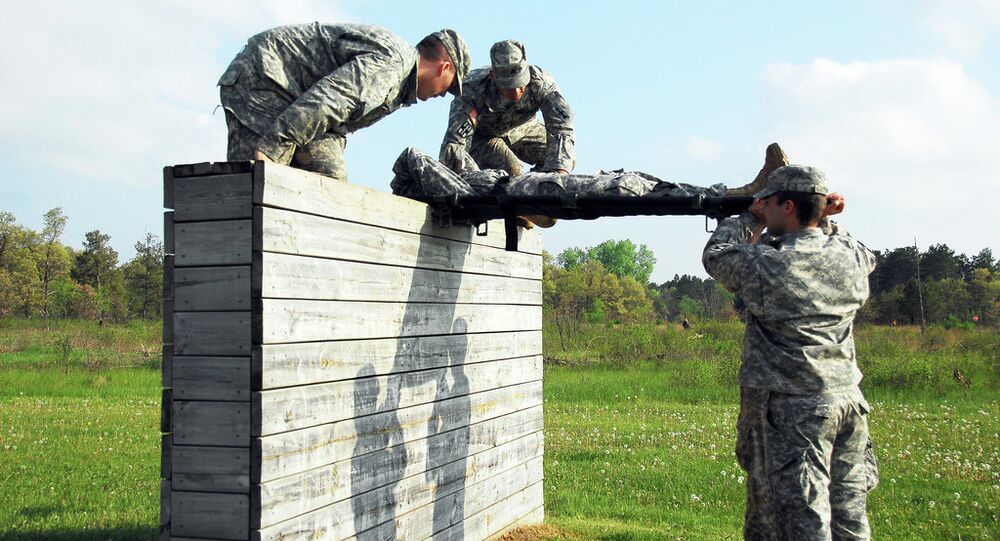 Reports of sexual assault and complaints of sexual harassment soared at the three major military academies during the 2014-15 academic year, according to the Department of Defense.

© CC BY 2.0 / Expert Infantry / US soldiers
Cases of Sexual Assault Undermine US Military’s Honor – Carter
The Air Force Academy took the lead nearly doubling its numbers from the previous year.

"I think it's appropriate for people to feel frustrated about hearing this in the news,” said Nate Galbreath, the senior executive adviser for the Pentagon's sexual assault prevention office, in an interview with the Associated Press. “Bottom line is that if this were an easy problem, we would have solved it years ago. Unfortunately, this is a very hard problem to solve."

That problem accounted for a total of 91 sexual-assault cases throughout the three academies.

The Air Force Academy oversaw 49 reports of sexual assault, up from 25 during the previous school year.

The US Military Academy in West Point, New York, reported 17 assaults during the 2014-15 academic year, up from 11 the previous year.

The Naval Academy in Annapolis, Maryland, reported 25 sexual assaults, up from 23 the previous year.

© Flickr / orangesparrow
Ex-Military Prosecutor Who Oversaw Rape Cases Convicted of Sexual Assault
Nonetheless, senior Pentagon officials say the rise in reports could be a good sign because it reflects growing confidence in speaking up about sexual assault.

Historically, sexual assault in military communities has been vastly unreported. Senior Pentagon officials link this trend to victims’ fears of stigma, reprisal, or the woes of emotionally-exhausting court cases.

For years, they have been trying to reverse this trend through sexual-assault awareness programs as well as focus groups.

In a written statement to the Associated Press, Air Force Academy officials said, "In order to provide them [victims] the care they need, we must encourage them to come forward and report these crimes. In doing so, cadets demonstrate their trust and confidence in our program."

Galbreath said academies also need to stress sexual-harassment awareness, because harassment leads to assault. By participating in focus groups, Galbreath said he learned that while many students are aware of how to report sexual assault and treat victims, several were unsure of what accounted for sexual harassment and how to respond.

Sexual-harassment complaints throughout all three academies rose to 28 during the 2015-14 school year, up 48 percent from the previous year.