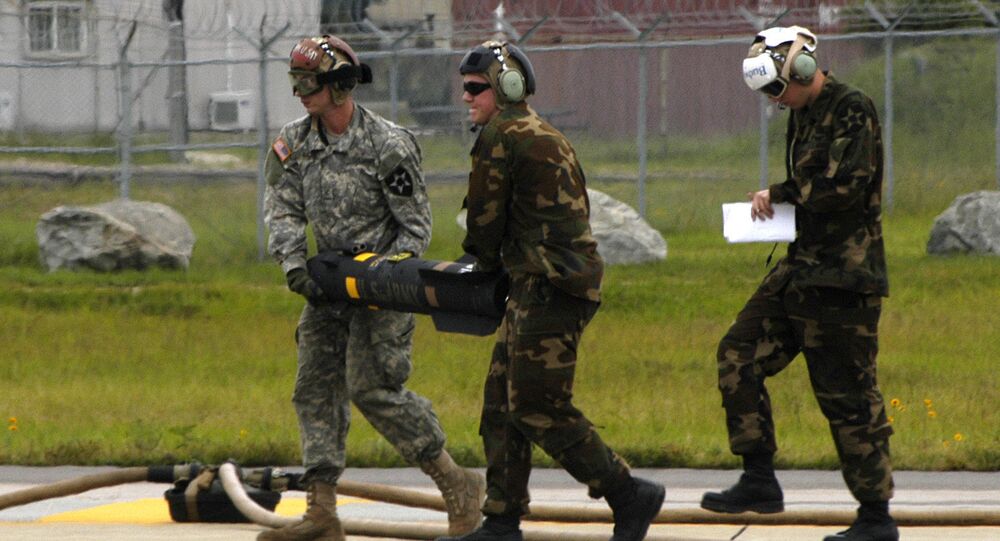 Lost & Found: The Most Spectacular Blunders of US Military Logistics

The Pentagon had apparently misplaced or lost shipments of military hardware and classified materials on numerous occasions.

© AFP 2021 / STAFF
2016 Wish List: Pentagon’s Terrorism Techies Want X-Ray Vision and Batman Armor
A recent incident involving a Hellfire missile used in a NATO training exercise in Spain last year being inadvertently shipped to Cuba serves as another example of the US Department of Defense logistics’ inefficiency and incompetence, according to Bloomberg editor Tobin Harshaw.

The Hellfire missile incident, however, wasn’t the only US military logistics blunder, he points out.

In 2015, a military laboratory in Utah shipped anthrax spores to several government and commercial addresses in the United States and abroad via FedEx. An investigation by the Center of Disease Control and Prevention revealed that another military installation in Maryland may have also mislabeled and shipped samples of bubonic plague.

© East News / Tech. Sgt. Michael R. Holzworth
Pentagon Officials Thwart White House Efforts to Close Guantanamo
In 2014, due to an apparent shortage of wrenches needed to install nuclear warheads on Minuteman intercontinental ballistic missiles, the technicians at three US military bases shipped these tools to each other via FedEx.

In 2013, a US Army contractor lost several RQ-20 surveillance drones, worth $500,000 apiece, either in Afghanistan or on the way back to the US. The missing drones were eventually discovered in Texas, about 8 months after their disappearance.

In 2007, a B-52 strategic bomber was flying for several hours over several US states while carrying six armed nuclear warheads. A subsequent Pentagon report stated that the US Air Force could not account for hundreds of components of its nuclear arsenal.

In 2006, four nose cones containing electrical fuses for nuclear intercontinental ballistic missiles were mistakenly shipped to Taiwan by the US Defense Logistics Agency.

"Nobody has ever bragged about Pentagon efficiency, but even so, it's been an embarrassing stretch for anyone trying to defend the Defense Department's logistics lapses and profligate ways," Harshaw remarks.