The TransCanada lawsuit against US Secretary of State John Kerry for President Obama’s refusal to approve the Keystone XL pipeline occurred during an election year to make the issue political, US advocacy group Center For Biological Diversity Senior Counsel William Snape told Sputnik on Thursday.

WASHINGTON (Sputnik) — "TransCanada is making a political statement in an election year, not presenting a viable legal strategy, though it's infuriating NAFTA [North American Free Trade Agreement], gives the corporation a second bite at the apple," Snape said.

On April 18, US District Court for the Southern District of Texas proceedings will begin in the case of TransCanada Corporation against US Secretary of State John Kerry for Obama’s denial of the Keystone XL pipeline. 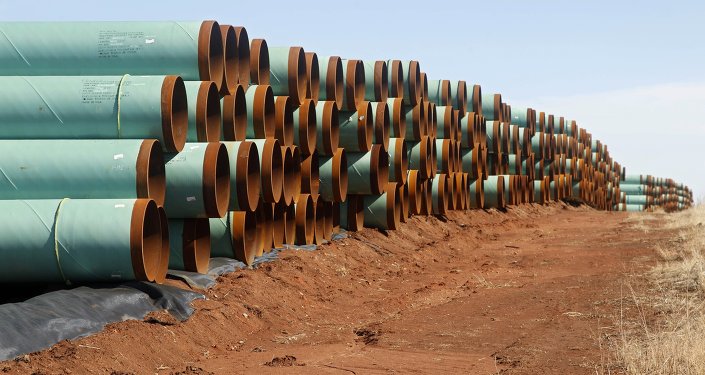 © AP Photo / Sue Ogrocki
Proceedings Over TransCanada Lawsuit Against Kerry to Begin April 18
Earlier on Wednesday, TransCanada filed a Notice of Intent to initiate a claim under Chapter 11 of the North American Free Trade Agreement (NAFTA) after Obama denied the pipeline. The company seeks to recover over $15 billion in damages.

"It's hard to believe a US court would think TransCanada has a better idea of the national interest than the President of the country himself," Snape said. He said he thinks the odds of the case succeeding are slim to none.

"Both the US case and the NAFTA tribunal are long shots because Congress clearly gave the President authority to make these types of decisions and that's what our chief executive does," Snape said.