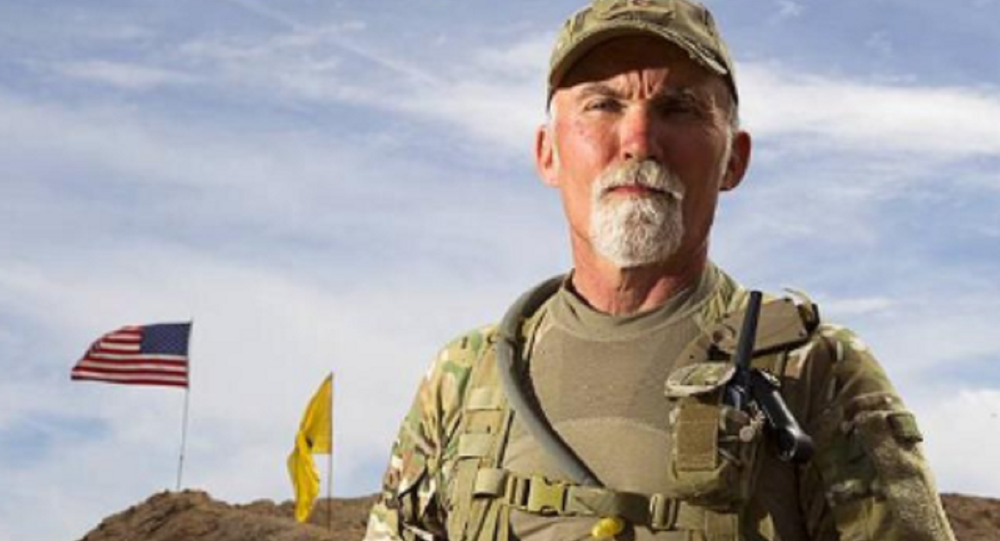 A Trump campaign official, the husband of a New Hampshire state representative, who was present at Bundy Ranch during that showdown, has arrived in Burn, Oregon, where armed militants have taken over a federal building.

Jerry DeLemus, one of the leaders of Veterans for Trump, and husband of Representative Susan DeLemus, arrived with a videographer on Wednesday evening, stating that he plans to try to help the men sort through rumors and see if he can help them figure out a resolution that would allow them to go home.

DeLemus was at Bundy Ranch and worked as chief of security during the 2014 standoff in Bunkerville, Nevada. He was the one who asked Jerad and Amanda Miller to leave — the duo who went on to kill two Las Vegas police officers and an armed civilian who intervened, before killing themselves.

He has also previously attempted to organize an Islamophobic  “Draw Muhammed” contest in his state.

“I’m not worried about taking a risk,” DeLemus told the Daily Beast at the time. “It’s more important to defend our way of life in this country, our constitutional rights, for everybody.”

On Wednesday, Republican presidential frontrunner Donald Trump was asked about the standoff, and responded by saying, “you have to maintain law and order, no matter what.”

Drama has also begun to unfold at the bird sanctuary, after the Daily Mail reported that Brian “Booda” Cavalier, 44, also known as “Fluffy Unicorn,” the personal bodyguard of Cliven and Ammon Bundy, had been lying about serving in the Marines. He has left the standoff since the report was published.

“I have seen some of the posts regarding Booda, Blaine (Cooper) and Ryan Payne (and) I will try to get to the bottom of all this scuttlebutt,” DeLemus wrote on Facebook.

“We must be level headed and remember there is a psyops happening as well and all who were at Bunkerville know well what I’m talking about,” DeLemus continued.

Dan Tamburello, a Veterans for Trump co-chair and also a New Hampshire state representative, said he had not spoken to DeLemus about the standoff, but believes that if Trump were president it would have been resolved quickly and peacefully.

“I have no doubts a President Trump would seek a rational resolution to the situation, while carefully finding and dealing with the root cause,” Tamburello told the Daily Beast. “Donald Trump is the world’s greatest negotiator; he would be fully capable of bringing things to a just conclusion considering all parties and the law.”