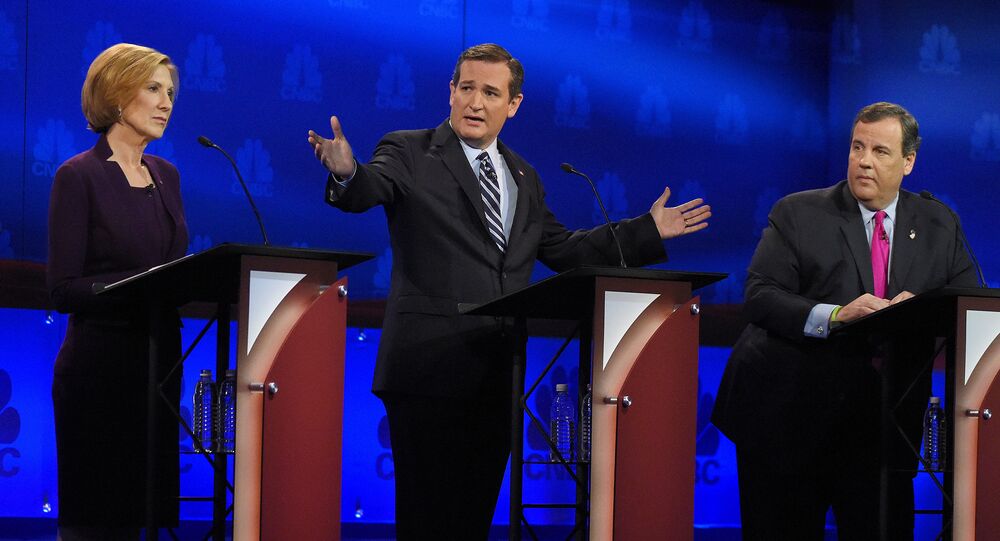 Hours after North Korea claimed to have successfully tested a hydrogen bomb, Republicans in the United States were quick to point the finger – at President Obama.

According to Pyongyang, government scientists have accomplished a longtime goal of developing a miniaturized nuclear device. The United Nations and a slew of world leaders have condemned the test as a violation of international law, and are threatening to impose new sanctions.

While the White House has already expressed doubt that Pyongyang’s claims are 100% accurate, US Republicans appear to have already reached a verdict: true or false, this is President Obama’s fault.

"If this test is confirmed, it will be just the latest example of the failed Obama-Clinton foreign policy," presidential hopeful Marco Rubio said in a statement. "I have been warning throughout this campaign that North Korea is run by a lunatic who has been expanding his nuclear arsenal while President Obama has stood idly by."

The Florida senator isn’t the only one latching onto an opportunity to criticize the Democratic administration. Rubio rival Ted Cruz made similar allegations during a stump speech in Rock Rapids, Iowa earlier on Wednesday. He told reporters that the nuclear test proved "the sheer folly of the Obama Clinton foreign policy." He later elaborated, adding that former President Bill Clinton was also to blame.

Jeb Bush, sinking in the polls and desperate for attention, also Tweeted that the test "shows [the] danger of continuing [the] feckless Obama/Clinton foreign policy."

For other presidential candidates, North Korea’s actions provide an opportunity –albeit an inaccurate one – to reiterate old criticisms of the Iran nuclear deal.

"Of course North Korea would conduct a nuclear test after watching Iran willfully violate an agreement they just made without consequence of any kind from this administration," Carly Fiorina wrote in a Facebook post.

"The problem here is that it’ a weak response by Barack Obama and Hillary Clinton for the last seven years," New Jersey Governor Chris Christie told Fox News. "The fact is that we’ve allowed North Korea, while the president’s been playing footsie with the Iranians, we’ve allowed the North Koreans to get further and further down the nuclear road."

Pinning the blame on the White House seems especially baffling given the fact that Pyongyang’s nuclear tests date back to the final years of the Bush administration. If confirmed, Wednesday’s event would be the fourth nuclear test North Korea has conducted. The first occurred in 2006, two years before Obama took office, and long after the end of the Clinton administration.

It remains unclear how true North Korea’s claims really are, but the test certainly lit a fire under Republicans eager for a chance to show off their foreign policy bonafides.