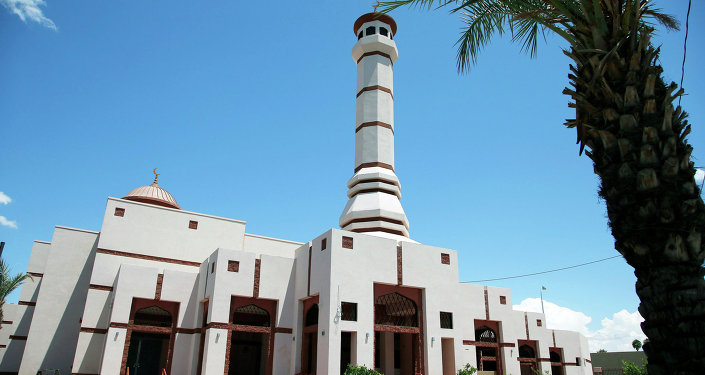 © AP Photo / Ross D. Franklin
Worst Idea Ever? Armed Biker Gangs Plan Muhammad Drawing Outside Arizona Mosque
In November, Ritzheimer posted a video to Facebook where he cocked a pistol and vowed to go to upstate New York to confront a Muslim news outlet for calling him a terrorist.

© AFP 2019 / Rob Kerr
Fears of Civil War: Oath Keepers Warn Oregon Militants to Evacuate Women and Kids
Following the post, the FBI released a statement asserting that it had notified its New York offices after “becoming aware of a video which could be perceived as threatening the Muslim community in Hancock, NY.”