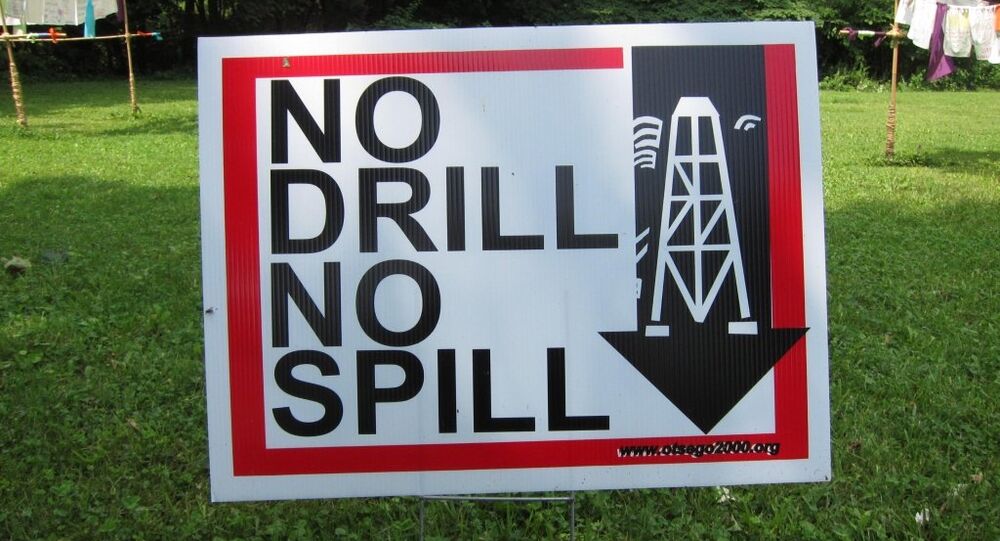 Fracking activities performed by US oil companies are endangering the lands across the United States.

"The more oil companies frack, the more contaminated wastewater they produce, and that dangerous waste is polluting our water and putting large parts of our country on shaky ground," Sullivan said.

Oklahoma has recently been hit with numerous earthquakes, many of which have been attributed to the fracking practice’s injection of wastewater into the earth. The method has been heavily criticized for the associated environmental risks and its potential to trigger tremors.

Sullivan stated that the slowness of Oklahoma regulators to address the impact of fracking on the country’s lands displays a disturbing influence of the oil and gas industry over the state’s officials.

"Oil industry-earthquakes are wreaking havoc, and both state and federal regulators are doing very little to protect people and property from this inevitable result of fracking and oil production," Sullivan concluded.