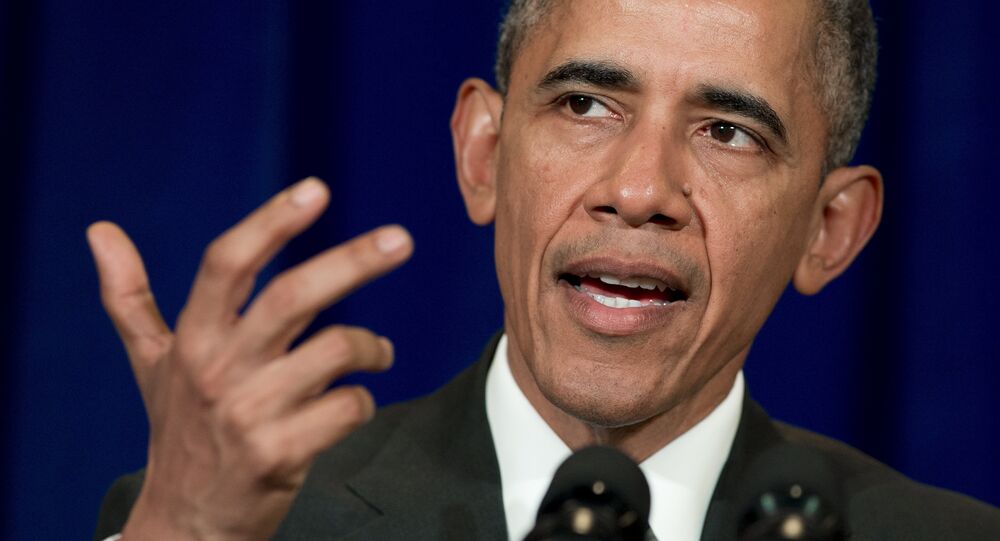 President Barack Obama’s executive actions on gun control accomplish nothing new since his proposals are for the most part entrenched in US law, GeorgiaCarry.org Executive Director Jerry Henry told Sputnik on Tuesday.

WASHINGTON (Sputnik) — Earlier on Tuesday, Obama unveiled measures that will require individuals involved in trading firearms to obtain special licenses and carry out background checks of their customers. The US government would treat failure to comply by firearms salespeople as a criminal matter.

"The things he [Obama] proposed today are by and large, already law in place," Henry said.

Obama also pledged to increase funding for treating mental health, as well as support research on gun safety technology. The president underscored that the measures will not violate US citizens’ constitutional right to bear and keep arms, but many are skeptical.

Henry explained that firearms must be bought from a US federally licensed dealer regardless of where they are sold.

"If it is at a gun show, online sales, flea market or even in his personal home, he/she must run a background check or face federal criminal penalties."

Even if a gun is sent to someone’s doorstep, Henry added, a background check will need to be completed upon that buyer receiving their weapon.

On Tuesday, advocacy group Coalition to Stop Gun Violence Communications Director Ladd Everitt told Sputnik that Obama’s gun control measures will have an impact on US gun violence, so long as there is aggressive enforcement.