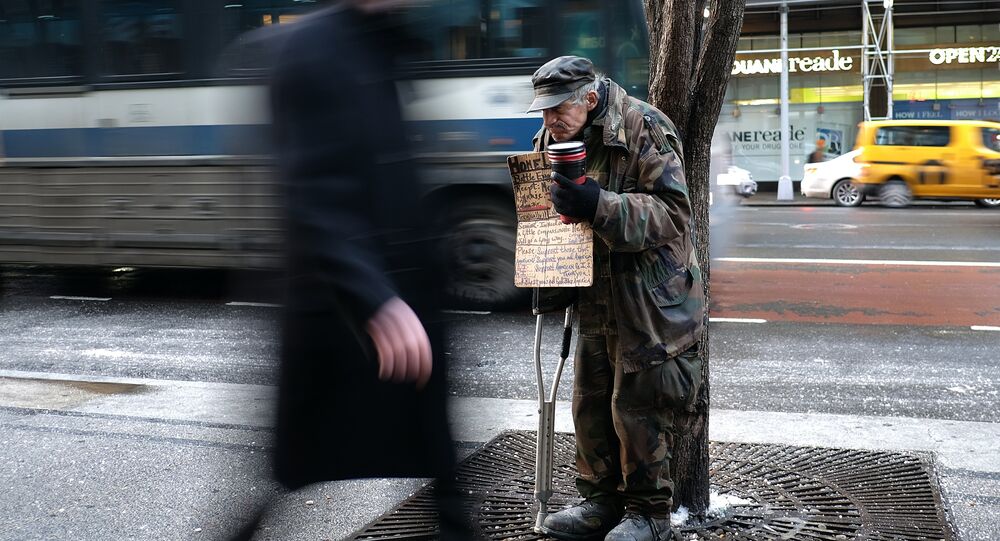 New York Governor Orders Officials to Round Up State’s Homeless

On Sunday, New York Governor Andrew Cuomo signed an executive order for law enforcement to force the state’s homeless population into shelters when the temperature drops below freezing.

The order goes into effect on Tuesday, and will allow for individuals to be taken — even against their will — by law enforcement.

Law enforcement agencies are to take “all necessary steps to identify individuals reasonably believed to be homeless and unwilling or unable to find the shelter necessary for safety and health in inclement winter weather, and move such individuals to the appropriate sheltered facilities.”

As of October, the Coalition for Homeless estimated that there are over 59,500 homeless people in New York City alone, 23,000 of which are children.

"Our state, which has a beautiful tradition of social progress and community, should not leave anyone outside in freezing temperatures. That’s called basic humanity," Cuomo said during an interview on New York City news channel NY1.

To ensure that shelters are available, the order also requires them to extend their hours of operation any time there is "inclement winter weather which can cause hypothermia, serious injury and death."

While this order is aimed at keeping people safe, many people do not feel safe in shelters and prefer to stay outdoors and make due. Supporters of people’s rights to be able to make their own decisions are arguing that the new regulations may not be constitutional.

“We have a lot of legal concerns about how you force people off the street and into shelter,” Judith Goldiner, head of the law reform unit at the Legal Aid Society told the Wall Street Journal. “To the extent that they’re talking about arresting people who refuse, obviously we are completely opposed to that.”

New York City Mayor Bill de Blasio’s office told the Times that he supports the governor’s intentions, but that Cuomo will need to pass a law to force people to go to shelters against their will.

“If I get sued for keeping people safe and getting people in from the cold, because they were endangering themselves, so be it,” Cuomo said during a radio interview.