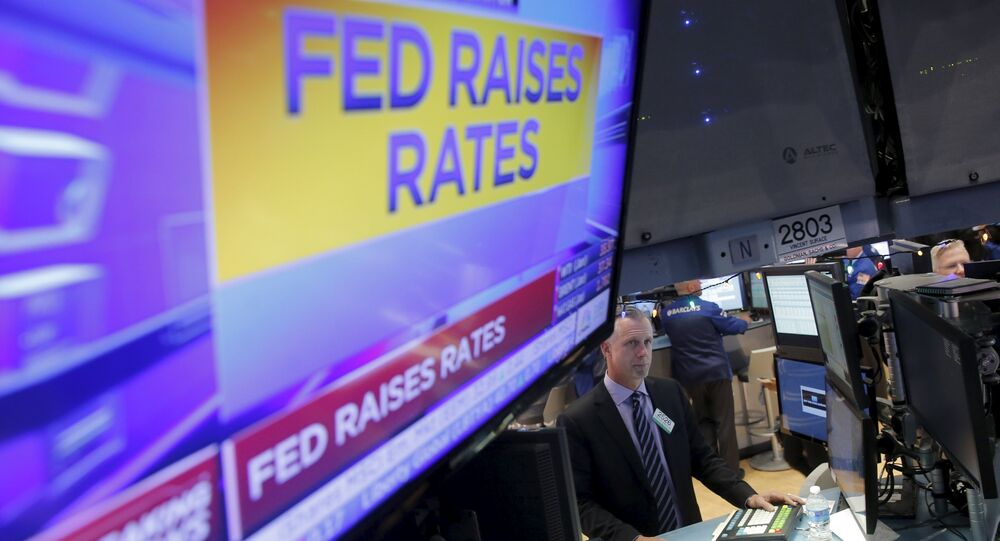 Federal Reserve Bank of San Francisco President John Williams said that the Federal Reserve’s actions continue to be data-dependent, and the interest rate increases will be gradual.

"Given the forecast they have of where the economy is going…I think something between three to five rate hike range makes sense, at least at this time," Williams said in an interview with CNBC.

On December 16, the Federal Reserve announced it would boost a key lending rate available to banks by 0.25, the first rate hike since June 2006. The US central bank attributed its decision to an improving economy and continued low inflation.

© AFP 2020 / BRENDAN SMIALOWSKI
After 7 Years of Obama Administration, US Economy Still Underperforming
Williams noted that the Federal Reserve’s actions continue to be data-dependent, and the interest rate increases will be gradual.

He also argued that US investors should not worry about weak data that has been coming from China.

"We have been seeing pretty good data out of China on consumer spending in some of the other areas, so I'm not as concerned about that [weaker data in terms of manufacturing]," Williams noted. "I think this is an ongoing process that China is going through."

Earlier on Monday, US stock prices tumbled, following a plunge in Chinese equities that spread to Europe amid fears that a slowdown in China’s manufacturing will drag down the global economy.

US Fed to Prevent Asset Bubbles at Cost of Economic Freedom