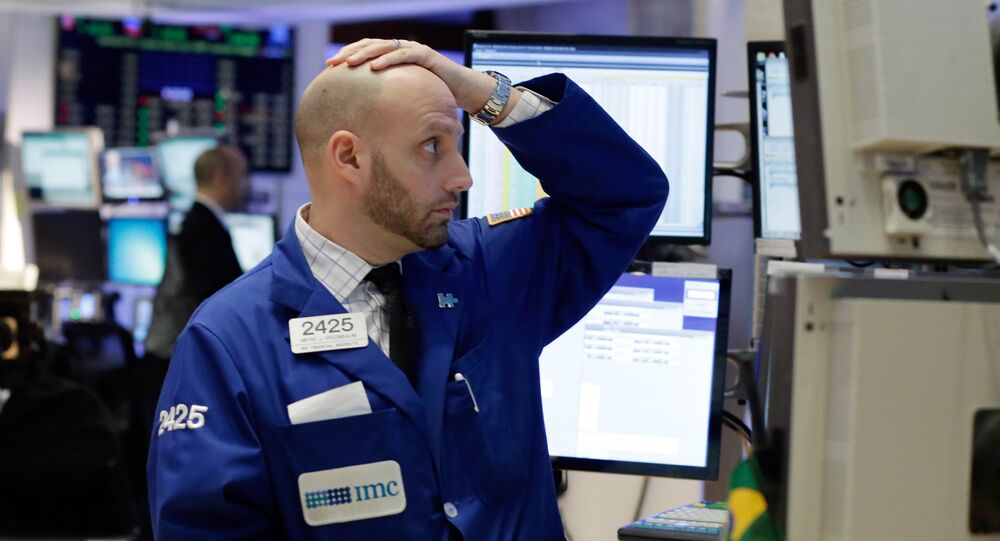 US stock prices tumbled to start the New Year, following a plunge in Chinese equities that spread to Europe amid fears that a slowdown in China’s manufacturing will drag down the global economy, according to market reports on Monday.

WASHINGTON (Sputnik) – The S&P index, a key measure of US markets, was off nearly 2 percent at 10 am, a half hour after trading opened on the first trading day of 2016.

“We’ve had a number of negatives out there in the US, and China is a reminder that there aren’t many things to be bullish about going into this year,” Michael O’Rourke, chief market strategist at Jones Trading Institutional Services LLC told Bloomberg news service.

Manufacturing surveys showed China's factory activity contracted at a sharp pace in December 2015. Tensions in the Middle East between Iran and Saudi Arabia, which boosted oil prices, were also cited as source of investor jitters.

No Stress: US Stock Market Rebound After Monday Turmoil