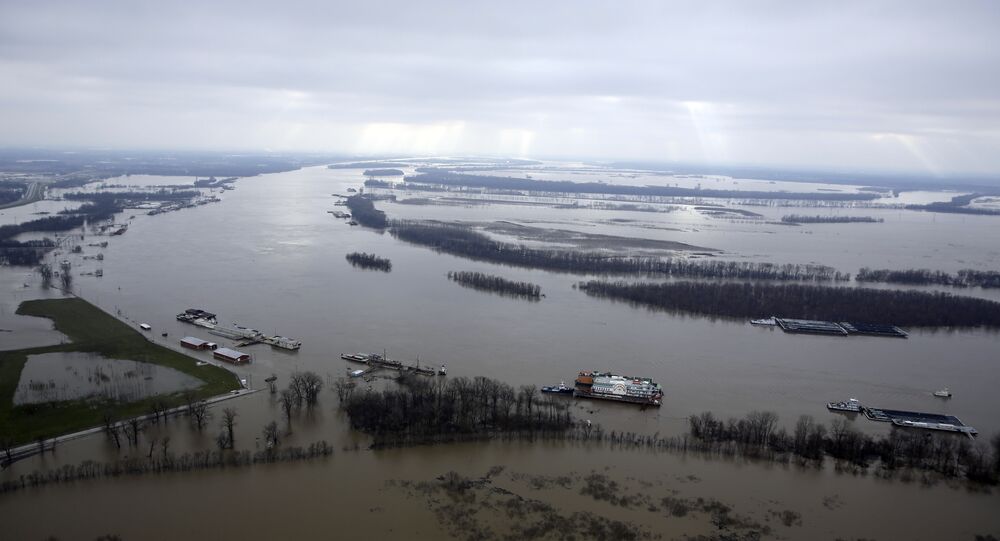 Floodwaters raising the level of the Mississippi River have crippled a wastewater treatment plant, causing it to divert sewage directly into nearby rivers and streams.

© AP Photo / Julio Cortez
Severe Weather to Cause Airline Delays in US on Christmas
Late Monday evening, the Meramec River, which joins the Mississippi River, swamped the Fenton Wastewater Treatment Plant outside of St. Louis. The plant typically treats around seven million gallons of water a day, but was bombarded with 24 million gallons a day and became overrun, Vice reported.

"Sewage that would normally be treated at this wastewater treatment plant is not being treated at this time," the agency said. "Sewage is being diverted into nearby rivers and streams. The public is asked to avoid contact with any flood water or sewage in low lying flooded areas near the plant.”

The agency advised anyone who comes in contact with the water to wash themselves carefully.

“Floodwaters are already polluted as is," he said. "You should definitely take precautions and try to avoid any contact."

Until heavy rain and flooding subsides, it remains unknown when plant operations can return to normal.

"It's going to take some time to get it fully operational again," he said. Crews are sandbagging another St. Louis-area plant to prevent it from being overrun as well, he added.

At least 13 people have been killed in the area due to severe weather. The Mississippi is expected to crest Thursday afternoon at over 43 feet, nearly 14 feet above the St. Louis flood stage, Vice reported.