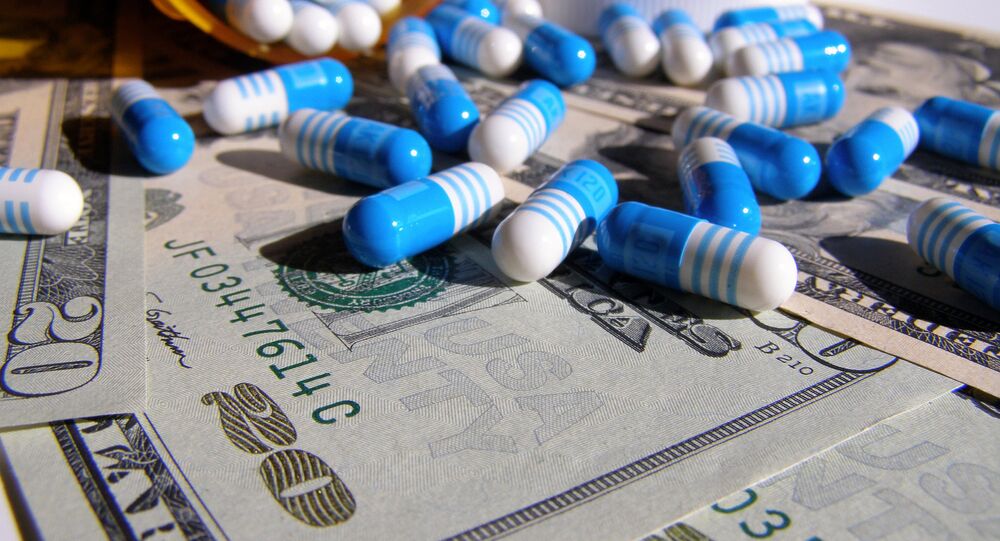 A chief financial officer from pharmaceutical giant Johnson & Johnson has declared that the prices for their drugs are “responsible,” in an attempt to justify widespread price gouging in the industry.

The Intercept reported that, during a Q&A for the company’s third quarter earnings in October, the topic of the ongoing debate in Washington over inordinately high drug prices was raised to Chief Financial Officer Dominic Caruso. The questioner further asked whether the company would be willing to sign a pledge as did many pharmaceutical companies in the 1990s, vowing to not raise their prices.

Caruso, relying on the standard industry tactic, began by explaining that lower prices would harm innovation.

“Despite significant media attention on drug pricing, there really isn’t a consensus on policy solutions that would lower prices without negatively lowering innovation,” he said.

He then danced around the question about the pledge, finally stating that the company would not.

“I think, we’re very responsible in our drug pricing. And we tend to support the price of our drugs with strong economic data,” he asserted. “So rather than pledge to a particular number I think it’s important that we continue to develop robust data that provides a solid foundation for the value that our products provide the health care system.”

As reported by the Intercept, just 12.6% of the company’s annual profit actually goes to development, while 26.6% is spent on marketing, legal and administrative expenses.

© AP Photo / Craig Ruttle
‘Pharma Bro’ Takedown: FBI Slaps Fraud Charges on ‘Most Hated Man in America’
Big Pharma has been the subject of a heated debate within the Democratic presidential race, with Senator Bernie Sanders reminding people that candidates “received millions of dollars from the healthcare and pharmaceutical industries.”

Sanders has long led the charge for single-payer healthcare, and opened a senate investigation into industry price gouging after Martin Shkreli made headlines by boosting the cost of a drug used to treat HIV and cancer patients by some 5000%.

Johnson & Johnson currently sells the cancer treatment drug Imbruvica for approximately $9,550 per 90 capsule bottle — a 22 and a half day supply.