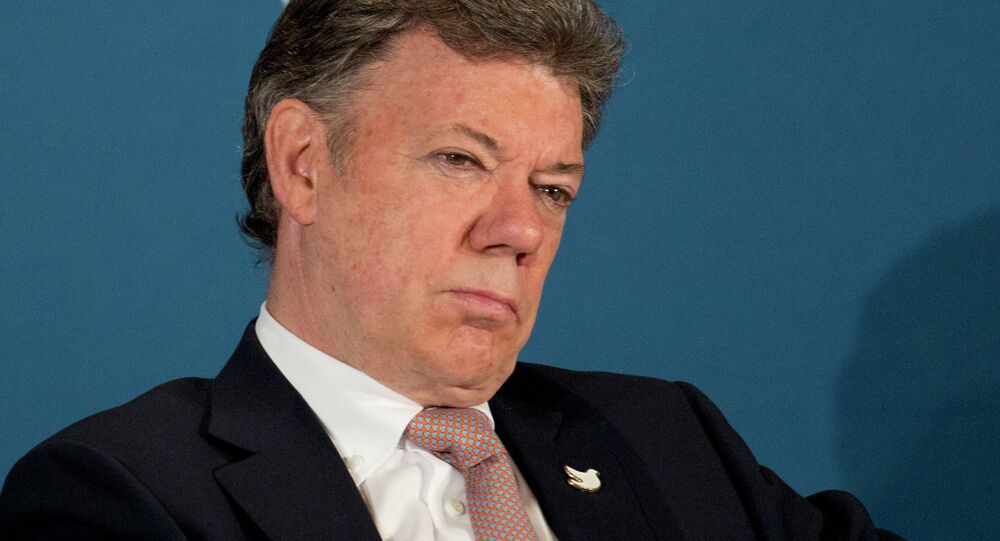 Obama to Meet Colombian President Santos in Washington on February 4

US President Barack Obama will meet with Colombian counterpart Juan Manuel Santos in Washington, DC on February 4, 2016, the White House said in a press release on Tuesday.

WASHINGTON (Sputnik) — “The leaders will hold a bilateral meeting and a commemoration of 15 years of bipartisan cooperation through Plan Colombia, the joint effort to create a safer, more prosperous future for Colombians,” the press release stated.

The White House added that Santos’ visit will present a chance to support the efforts to achieve a lasting peace agreement between the Colombian government and the Colombia’s Revolutionary Armed Forces (FARC).

The two sides have been engaged in peace talks since November 2012 and the negotiations have continued throughout 2015, despite ongoing violence. On September 23, Santos and FARC leader Timochenko signed a deal in Havana that set the schedule for FARC’s full demobilization and disarmament.