Former US Defense Secretary William Perry said a terrorist attack using a nuclear bomb or improvised nuclear device could happen "any time now – next year or the year after."

Before he served as Pentagon chief under President Bill Clinton from 1994 to 1997, Perry played a central role in developing and modernizing nuclear forces throughout the Cold War. Now, he is on a mission to warn of a "real and growing danger" of the very weapons he helped develop.

During the 1962 Cuban missile crisis, Perry was secretly summoned to Washington to analyze intelligence on Soviet weapons in Cuba.

"Every day that I went to the analysis center I thought would be my last day on earth," he writes in a newly published memoir, "My Journey at the Nuclear Brink." He said he believed then and still believes that the world avoided a nuclear holocaust as much by good luck as by good management.

In an interview with reporters earlier this month, Perry recounted a harrowing incident in November 1979 when, as a senior Pentagon official, he was awakened by a 3:00 AM phone call from the underground command center responsible for warning of a missile attack. The watch officer told Perry his computers were showing 200 nuclear-armed missiles on their way from the Soviet Union to the United States.

"It was, of course, a false alarm," Perry said, but it was one of many experiences throughout the Cold War and beyond that he says have given him a "unique and chilling vantage point from which to conclude that nuclear weapons no longer provide for our security — they now endanger it." 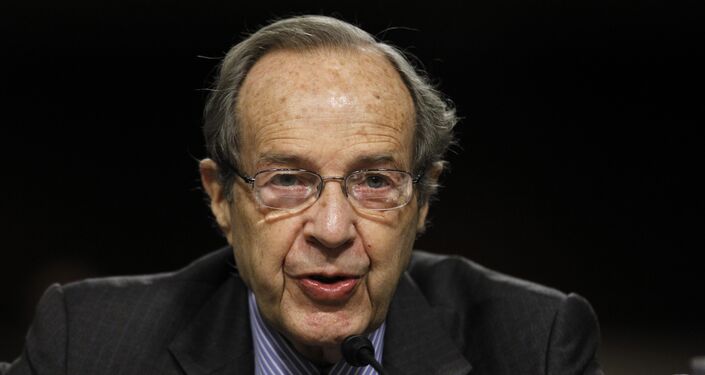 Perry thinks the US nuclear force no longer needs land-based intercontinental ballistic missiles (ICBMs) and can rely on the other two "legs" of the force – bomber aircraft and submarine-based missiles. The ICBM should be scrapped, he says, adding, "I don't think it's going to happen, but I think it should happen. They're not needed" to deter nuclear aggression.

Perry looks at Russia's nuclear modernization and US plans to spend hundreds of billions to update its nuclear arsenal and sees irrational nuclear competition.

"I see an imperative to stop this damn nuclear race before it gets under way again, not just for the cost but for the danger it puts all of us in," he said.