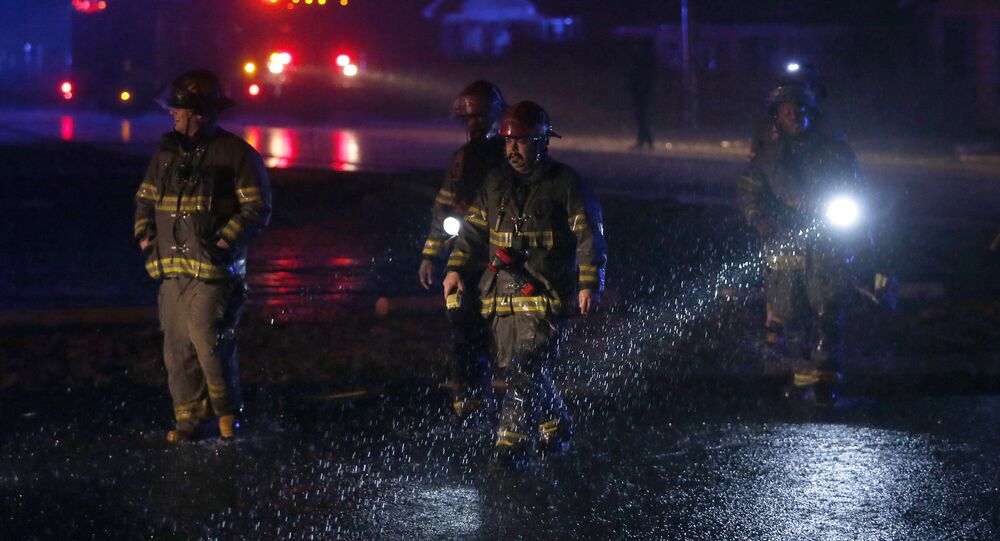 Alabama Hit by Tornado, Flooding Amid Holiday Storms in Southern US

A tornado hit Birmingham, in the US state of Alabama on Christmas Day, leading to damages and at least one reported injury, which come amid flooding in the region and ongoing storms in southern United States.

MOSCOW (Sputnik) – On Thursday, the governor declared a state of emergency for all Alabama counties amid flooding caused by excessive rain.

We will actively monitor the flooding, and are prepared to respond to any requests for assistance. #alwx

​According to the US National Weather Service, a tornado touched down in Alabama’s Jefferson Country on Friday afternoon, then moving on toward Birmingham.

ABC news said on Friday that at least one injury was reported in connection with the tornado and several structures were destroyed in Birmingham.

By issuing a SOE, I've directed state agencies to take necessary actions to be prepared to respond to the anticipated flooding across AL.

​There have been no reports of fatal casualties.

The Alabama tornado comes amid ongoing storms in southern United States. On Thursday, the US National Weather Service said that stormy weather in the region had killed at least seven people and injured dozens of others.