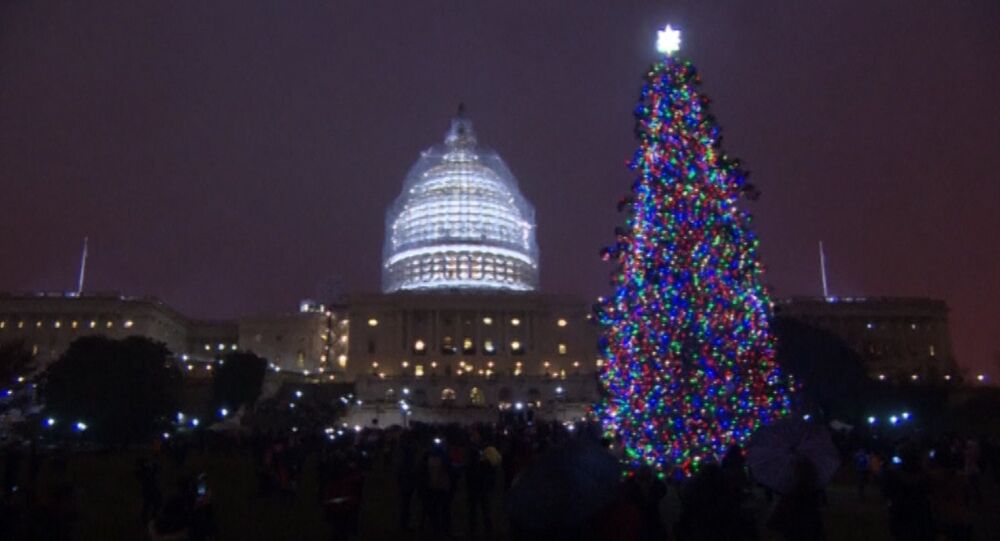 Christmas lights set up across the United States during the holiday season use more energy than several poor countries use in an entire year.

The festive and decorative lights strung across homes and Christmas trees in the US use some 6.63 billion kilowatt hours of electricity annually, a recent blog post by the Center for Global Development reported.

Phys.org reported that the energy used to power the glowing Christmas decor only accounts for about 0.2 percent of yearly US consumption, also defines as enough power to run 14 million refrigerators for one year.

The information regarding US holiday power usage comes from the 2008 US Department of Energy report and the World Bank, and actually be far higher.

The online comments about the article were polarized, with a user named JamesG responding, “It's worth 0.2% to make Christmas brighter. I love the decorations of the season, even those of other faiths than mine. We should all express our cheer of the season, no matter what faith we follow.”

Responding to JamesG’s comment, user jljenkins said, “And there's America in a nutshell. Turn it into a meaningless stat, thump your Bible and crow about how you really don't give a s*** for anything but what populates your tiny little world.”

© Sputnik / Evgeny Biyatov
Santa, Bring Me a Gun! Weapons Top Christmas Gift Lists in US
Some comments were pointedly sarcastic.

“This is a serious problem, all right, and it requires a serious solution. I propose a new Federal law that limits total U.S. Christmas light power consumption to not more than, say, the average power output of North Korea. It's the only reasonable thing to do,” a user named asok_smith avowed.

The user gleefully continued in a similar vein: “To make things fair, I suggest the new law allocate via a Christmas light lottery. Every U.S. household gets to enter the lottery a single time for a 100-light-string equivalent. Winners can choose to use their allocation for an indoor tree or for exterior decoration, but not both. Losers are nominally just s*** out of luck. However, winners will be allowed to resell their allocation at whatever price they choose. This gives the losers SOME hope that they too might still have a chance at Christmas lighting.”

Santa, Bring Me a Gun! Weapons Top Christmas Gift Lists in US

Obama's Christmas Gift: What is Behind New US Sanctions Against Russia