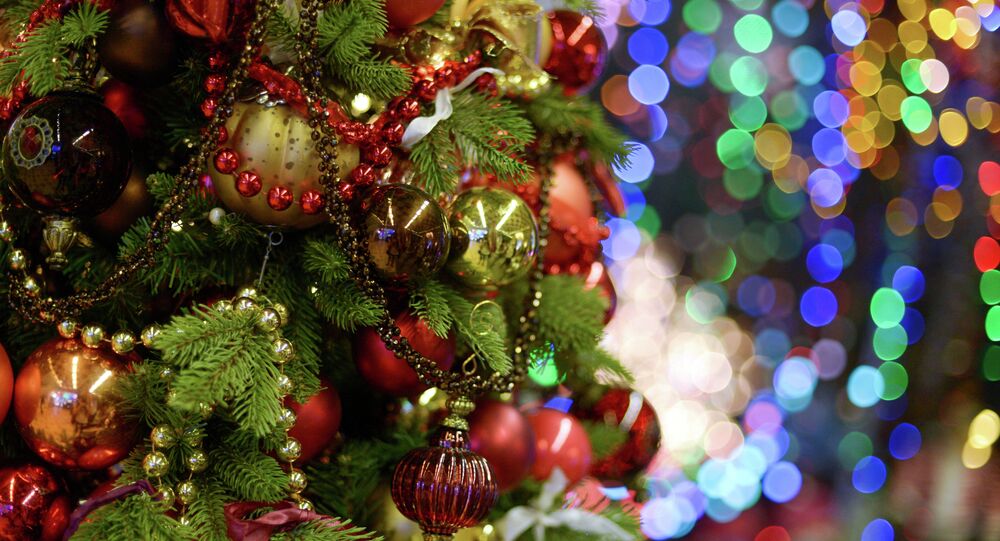 Santa, Bring Me a Gun! Weapons Top Christmas Gift Lists in US

In the run-up to Christmas, firearms are on lists for the most popular gifts across the US, reflecting common fears among ordinary Americans over domestic terror attacks and the possibility of new gun control measures proposed by Obama and supported by an ever-growing group of ordinary citizens tired of the appalling gun death rate in the country.

© East News / Photoshot/REPORTER
Holiday Thrills: Giant Asteroid to Pass by Earth on Christmas Eve
About 2.2 million background checks were processed for arms sales in November, surpassing last year’s figures by a whopping 24 percent, according to Infowars.com. November is the seventh month in a row to break weapon check records.

The single record-breaking day for background checks was Black Friday, when the FBI conducted 185,345 checks.

While these figures don’t show the exact number of weapon purchases, they indicate the scale of overall sales.

Many experts are forecasting that this year will likely beat last year’s record, when 21.1 million FBI checks were registered across the country.

Guns are a popular Christmas present. Under US law, giving a gun as a present doesn’t require a background check, TODAY reported.

“Like any good husband, I asked for the list of Christmas items that you’d like to have and one of the items was a firearm,” Louis Cole, a gun owner, told reporters, adding that, “Above jewelry was a firearm.”

© REUTERS / Steve Dipaola
Guns Now Killing as Many People as Cars in US
The primary reason for soaring gun sales appears to be the fear of domestic terrorism. Experts believe many citizens use gun ownership as a way to mitigate fear in the wake of a string of recent terror acts such as those in Paris and Southern California.

“Ever since the Paris attacks, we’ve had a lot of customers coming in,” Eric Wallace, a manager at Adventure Outdoors in Smyrna, Georgia, told TODAY. Wallace suggested that people were “Buying first guns, buying guns to protect their homes, their families, and themselves.”

In the wake of repeated high-profile gun killings by people with mental-health issues who have access to assault weapons, a movement to enact common-sense gun laws in the United States has encouraged those who fear the loss of their weaponized security blankets to go out and purchase more guns.

© AP Photo / Jacquelyn Martin, File
US Senate Democrats Promise Action on Gun Control in 2016 - Senator Reid
Jennifer Psaki, a spokesperson for the White House, said to Bloomberg that the US president is reviewing a “range of steps that can be taken as it relates to the people who have access to guns [and] how people gain access to guns,” adding that he “will not be satisfied” unless some kind of appropriate action is taken on firearms before the end of his term.

But amendments can take months, if not years, to be implemented.

Not only are guns popular, but also accessories like holsters, concealed carry purses and bullet jewelry.

This Year on Track to Be Hottest for Planet

Women Banned From Christian Shelter Over Fears of 'Ungodly' Sex

Ho-Ho-Ho! Santas Running All Over the World for Charity