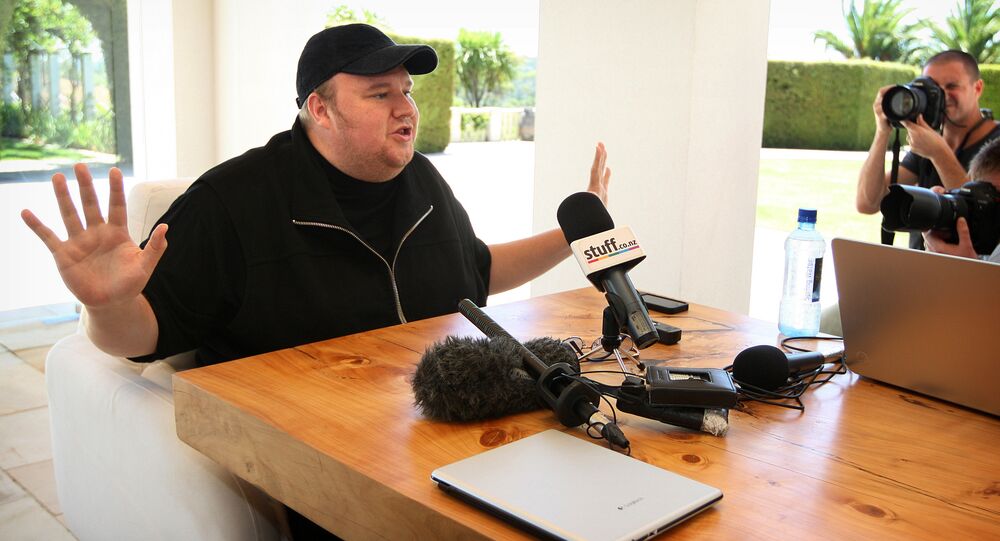 Questions are being raised over the extent of the US' legal jurisdiction after a New Zealand judge ruled that Internet entrepreneur Kim Dotcom and three of his associates can be extradited to the US to face criminal copyright charges.

So bizarre/creepy how US continues to try to grab @KimDotcom even though he's not American & never even visited US https://t.co/iGGesj0GiJ

​Dotcom, who was born in Germany and has both German and Finnish citizenship, is accused of generating US$174 million (£117m) through the illegal downloading of films on his Hong Kong-based website.

US officials have charged the men with conspiracy to commit copyright infringement, racketeering and money laundering. If the men are found guilty of the charges they could face decades in prison.

In his ruling, judge Dawson wrote: "The overwhelming preponderance of evidence… establishes a prima facie case to answer for all respondents on each of the counts."

Me after court today ;-) pic.twitter.com/PI8ZcygnUv

​However, he was only called on to determine whether the US had a valid case and if the men should be extradited. He was not required to place a judgment on their guilt or innocence.

'Justice Was Not Served Today'

Many have criticized the decision, saying that the US have no right to pursue Dotcom, considering that he is not an American citizen, and has never set foot on US soil.

​"Justice was not served today," Ira Rothken, one of Dotcom's lawyers, said, before adding that they would be appealing the decision which could pave the way for the men to be extradited to the US.

Imagine if the government went after corruption as hard as it goes after guys who run filesharing sites. Priorities. https://t.co/E7de5c0pwS

​Dotcom, who has been living in New Zealand since being granted residency in 2010, also took to Twitter after the decision was handed down:

Thank you for your support. The fight goes on. Enjoy the holidays. I'm happy to be with my kids. There are bigger things than copyright :-)

​Earlier this year WikiLeaks founder Julian Assange, who is also being pursued by US authorities, claimed that the US investigation of Dotcom was invalid.

He spoke of the concept of "lawfare," which he said involves the US trying to exert its laws onto other overseas territories.

© AP Photo / John Stillwell
Assange: US Waging 'Lawfare' in Bid to Control the World
Assange said that as an Australian citizen, and given that WikiLeaks isn't an American publishing organization, the US has no right to investigate him or potentially lay charges, noting that the same principles also applied to Dotcom.

"Well, you can ask yourself a similar question about what is it [the US] trying to do in relation to extraditing Kim Dotcom from New Zealand and his Hong Kong operation," Assange told Radio New Zealand.

​New Zealand justice minister Amy Adams is responsible for signing off on extraditions, but has said she will wait for the outcome of any court appeals before making a decision.

Assange: US Waging 'Lawfare' in Bid to Control the World