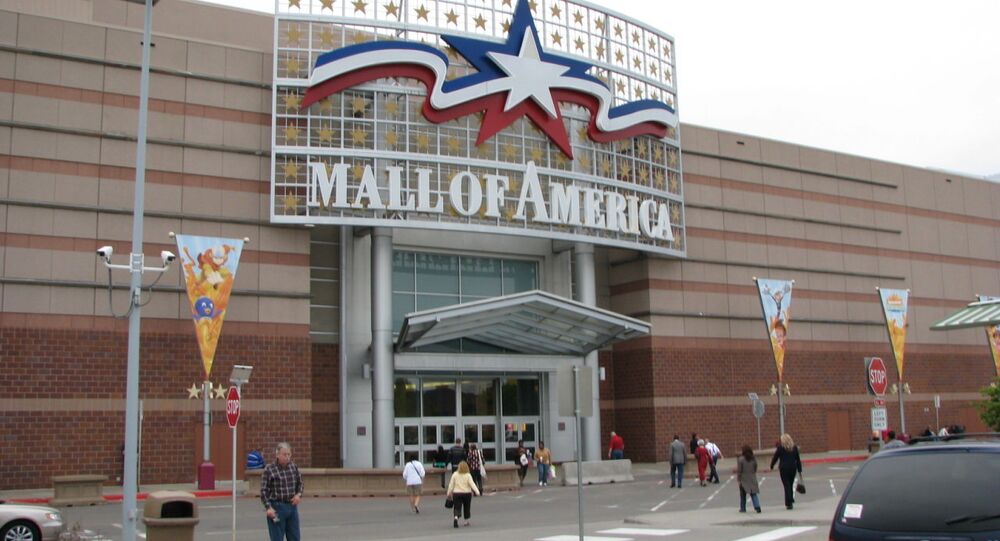 A local judge ruled that three Black Lives Matter activist organizers cannot protest at the Mall of America in Minnesota, as they would hamper customers on the busy day before Christmas Eve, but underscored that she wouldn’t prevent other demonstrators from attending the event.

"The Court does not have a sufficient basis to issue an injunction as to Black Lives Matter or to unidentified persons who may be acting as its agents or in active concert with the Black Lives Matters movement," Janisch wrote.

The Mall of America is private property and, under US legislation, has the right to bar anyone from its premises at any time, Fox News declared.

© AP Photo / Lynne Sladky
Pennsylvania Police Chief Steps Down After Sending Racial Email
The court declined the mall's request to force activists to delete social media posts containing information on the rally and for mall administration to send fictional alerts stating that the protest was canceled. The attorney for the rally’s organizers argued that these requests and actions were unconstitutional, the Huffington Post reported.

Black Lives Matter activists have claimed they will rally in spite of the injunction.

"We're not going to be canceling the protest," Miski Noor, a demonstration organizer said, as cited by the Huffington Post. "Us not showing up and us not speaking would be the mall winning," the organizer said.

Protest organizers are spotlighting the case of Jamar Clark, a black Minneapolis resident that died one day after he was shot by police on November 15. They want to press authorities to release video of the shooting that remains undisclosed.