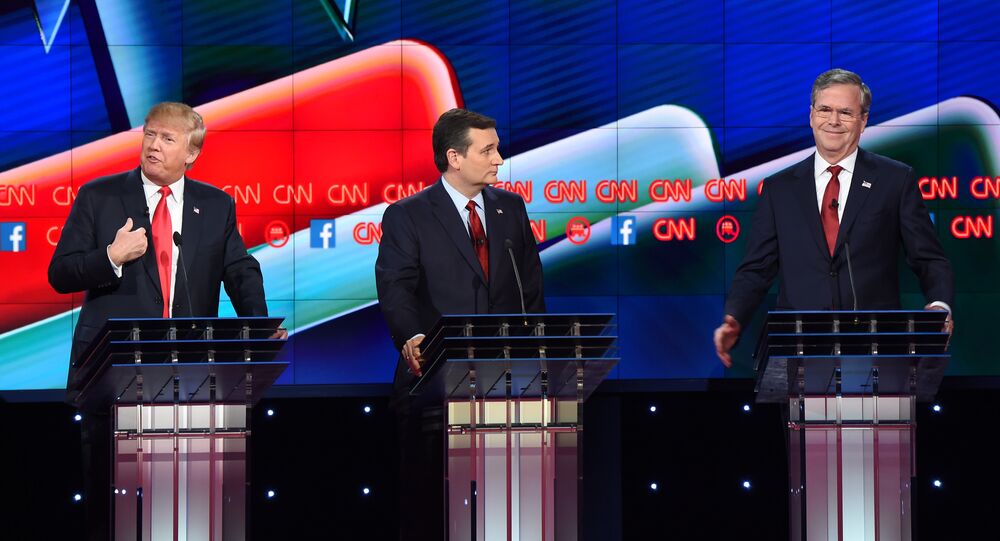 US Presidential Campaigns Spend $111Mln on Ads in 2015

Spending by super political action committees (PACs) on advertisements in the 2016 US presidential campaigns has surpassed $111 million, local media reported.

WASHINGTON (Sputnik) — At present, the total amount spent on advertisements has reached more than $111,210,000, NBC News reported on Tuesday. By comparison, the 2012 presidential campaigns spent only $35 million on television and radio advertising, the report said.

The Federal Election Campaign Act of 1917 defines a PAC as an organization that receives or spends more than $2,600 for the purpose of impacting a US federal election.

Super PACs can raise unlimited amounts of money from various donors and spend the resources to overtly advocate for or against political candidates and parties. Under US law, they must, however, file finances disclosure reports with the US Federal Elections Commission on a monthly or quarterly basis.

The Right to Rise Super PAC that supports former Florida Governor Jeb Bush has become the record-spender, investing more than $37 million in political advertisements. Supporters of another Republican candidate, frontrunner Donald Trump, have spent just about $217,000.