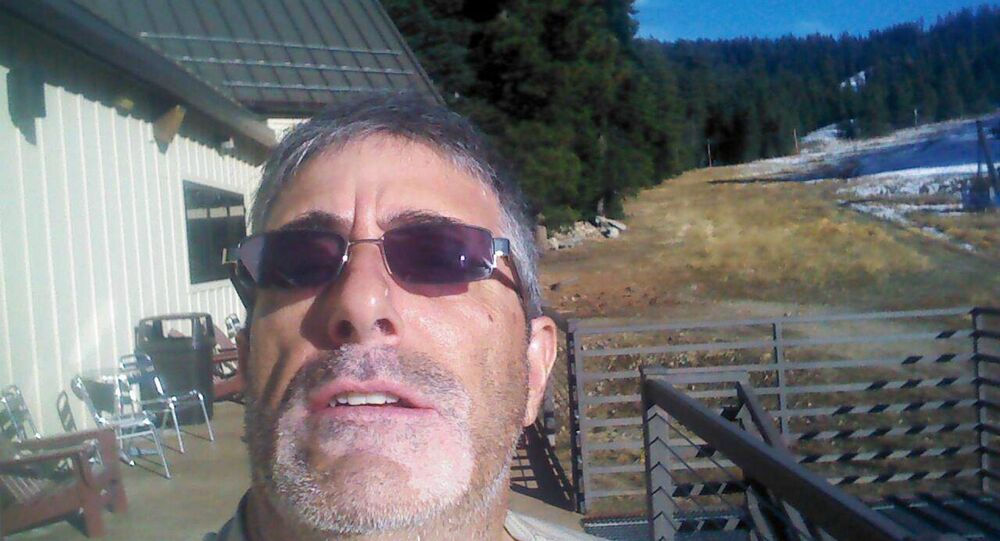 Police in California waited two weeks before arresting a man who posted photos of a homemade bomb on Facebook, along with hateful posts about Muslims and pledges of support for Donald Trump.

William Celli, 55, was arrested in Richmond, California on Sunday following a police raid that turned up a homemade bomb, but the Guardian has revealed that law enforcement was warned about him weeks ago after a childhood friend, Maria DiLoreto Banks, reported the image of the bomb to the police.

Along with the photo of the homemade pipe bomb, which Celli captioned, “Built it all by myself lol,” and, “Home Depot don’t sell stuff is big here’s a crude device for you,” he also called for Muslims to be sent back to their “country of origin.”

Additionally, Celli praised the controversial and bigoted GOP presidential front runner, posting in his garbled commentary, “Donald trumps on again I’m happy leaders okay but this guys a great point man I’ll follow this MAN to the end of the world.”

Banks said she screenshotted his posts December 4, two days before the sociopathic right-wing extremist stood outside a local mosque threatening to kill attendees. That incident was reported to police the same day, but officers did not arrive on the scene for three hours.

A man present during the threats, Abdur Rahman, told the Guardian that Celli was screaming, “I’m going to kill you all,” while standing in a Burger King parking lot across the street from the mosque. According to witnesses, Celli “didn’t look like a crazy person,” but, he “was a little agitated and taking video of the congregants.”

Rahman stated that Celli ranted and cursed for approximately 10 minutes before threatening another worshipper and stating that he would return.

Celli was arrested 16 days after the mosque incident, and has been charged with two counts of suspicion of making criminal threats and possession of an explosive device.

Police claim that they were diligent in tracking Celli down.

“When they caught wind of this, they wasted no time and rushed into action and were able to find the suspect and the house and potentially stop a tragedy from happening,” Lieutenant Felix Tan, chief of staff of the Richmond police department told the Guardian.

Members of the mosque disagree, stating that they spent two weeks attempting to get the department to take the threats seriously. Members contacted their city councilman to learn about the investigation’s progress but were told, “they didn’t have enough evidence call it a hate crime.”

Celli is charged with two counts of suspicion of making criminal threats and possession of an explosive device and is currently being held on $525,000 bond.