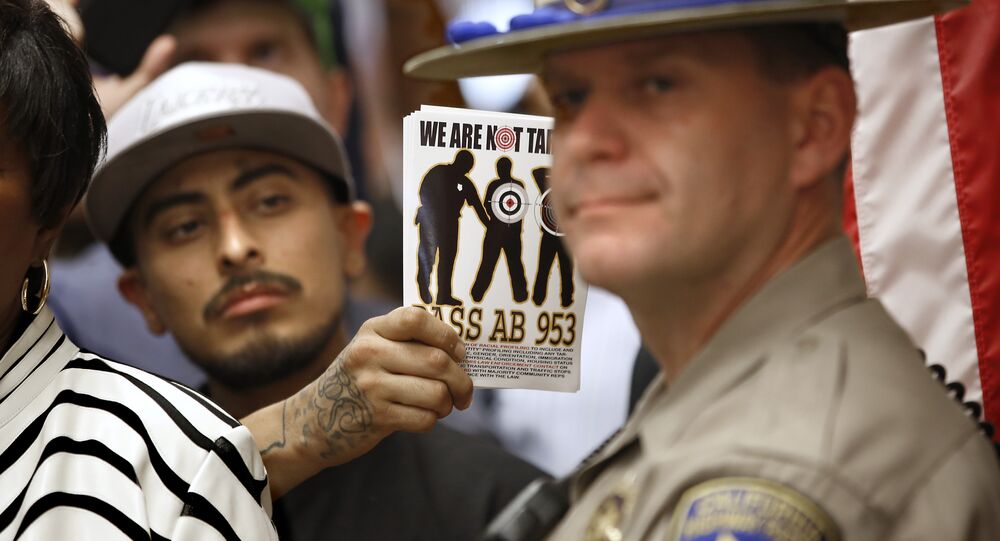 The proportion of Americans who believe that US race relations are in a bad state is the highest since 1995, according to the results of a recent poll.

© AP Photo / John Locher
Donald Trump Enjoys 20-Point Lead in Republican Presidential Race
The percentage of Americans who believe that race relations in the US are fairly or very good has fallen to just 34 percent, according to the results of a monthly poll carried out by the US press December 6-9.

The number represents a fall of 43 percent since 2009, when a record high of 77 percent said they believed race relations to be fairly or very good.

The figure is the lowest since October 1995, when 34 percent answered positively in the wake of the OJ Simpson trial. Simpson's acquittal of murder charges revealed racial tensions and polarized American public opinion.

© REUTERS / Brian Snyder
Demonstrators face a line of police officers during a demonstration against recent grand jury decisions not to indict police officers in the deaths of Michael Brown and Eric Garner, in Boston, Massachusetts December 13, 2014
The current low in evaluation of race relations is thought to be a consequence of a series of police killings of unarmed black teenagers or men, which has again revealed racial tensions and sparked protests in US cities at police treatment of African-Americans.
FBI
‘Race War’: FBI Thwarts Plot to Attack Black Churches, Synagogues
The pollsters also noticed that while different racial groups often have political differences, "the gloomy view on race relations is a rare point of agreement among blacks, whites and Hispanics who are divided on so many other issues … 26% of African Americans, 33% of whites and 38% of Hispanics view race relations as very or fairly good."
...
Reddit
Google+
Blogger
Pinterest
StumbleUpon
Telegram
WhatsApp
95

Guns Now Killing as Many People as Cars in US