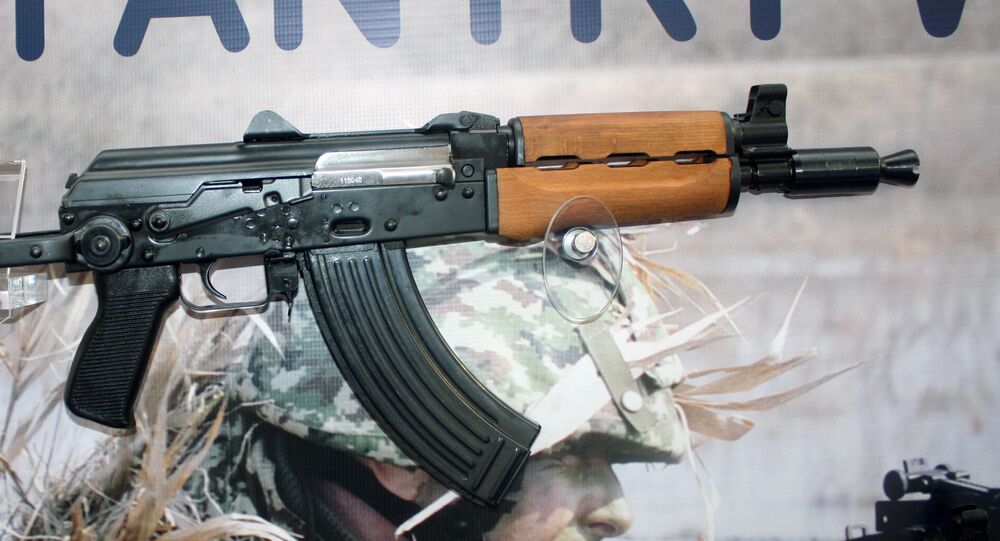 At least one of several Kalashnikov automatic assault weapons used in the November 13th Paris terror attacks was originally purchased from Serbia by a US-based weapons dealer who has been involved in several dubious global arms deals.

© AFP 2020 / MARTIN BUREAU
Echo of Wars: Guns Used in Paris Attacks Came From Balkans
A Florida-based firm purchased an M92 Kalashnikov-style short carbine from the Zastava Arms factory, the same location that produced eight other weapons used in the terror acts in Paris. The M92 assault carbine, a “shortened Kalashnikov,” was sold to Century International Arms, a family-owned arms dealer in Delray Beach, Florida, according to Milojko Brzakovic, the head of the Zastava factory, as told to the Associated Press.

“Here’s where the weapons ended, there’s the data. Zastava cannot be blamed for where it went afterward,” Brzakovic noted.

© Flickr / Geoffrey Fairchild
EU Gun Dealers Go Dark, Sell Trafficked Firearms to Terrorists
The Century International Arms company, owned and run by the Sucher family for over 50 years, first made headlines in the fall of 2011. WikiLeaks releases from that time suggest that an Israeli gun merchant named Ori Zoller was the middlemen in an illegal sale to the Century International Arms of WW-2-era M1 rifles originally donated by the US to Guatemala.

The company also delivered “booby traps,” “unconventional warfare devices and techniques-incendiaries,” “sniper training and employment,” and “improvised munitions handbooks,” to Belgium, among other weapon shipments, according to WikiLeaks.

Paris Attacks Could Be 'Much Different' If French Could Carry Guns

Report: More Killed by Guns in US Since 1989 Than in All Wars in US History

Weapons Used by Paris Attackers Could Have Come From Germany