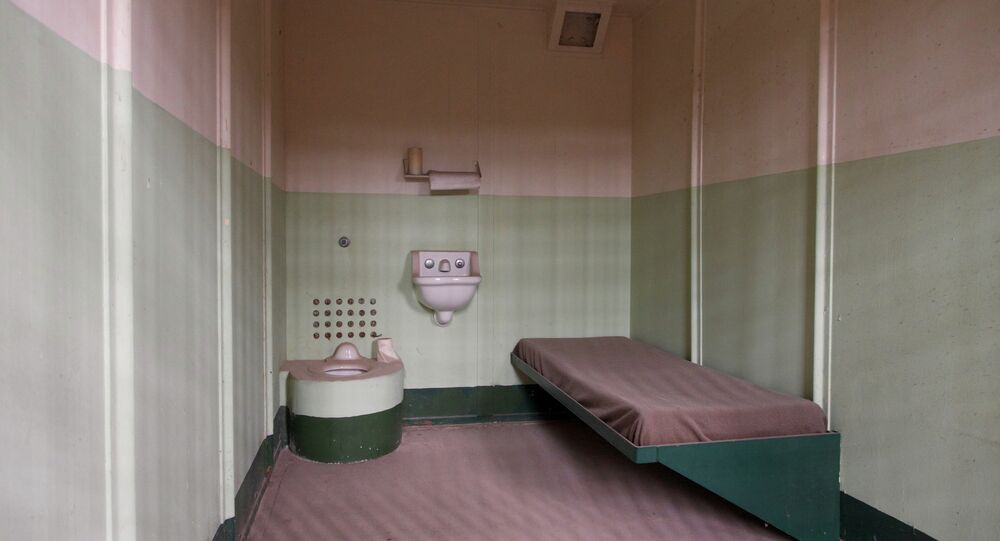 Andrew Cuomo said that a settlement has been reached to overhaul the use of solitary confinement throughout the New York State prison system.

NEW YORK (Sputnik) — A settlement has been reached to overhaul the use of solitary confinement throughout the New York State prison system, Governor Andrew Cuomo said in a statement on Wednesday.

"This package of reforms will result in a safer correctional system, as well as a fairer and more humane response for inmates who engage in misconduct," Cuomo stated.

The settlement comes as a result of a 2012 class-action lawsuit brought by the New York Civil Liberties Union that challenged the system-wide policies and practices governing solitary confinement in New York State prisons.

As a result of the settlement, more than 1,100 prisoners will be transferred out of solitary confinement into rehabilitative units with common spaces or other less isolating units.

© AP Photo / U.S. Army
Over Toothpaste?! Army Threatens Permanent Solitary Confinement for Chelsea Manning
The settlement also imposes a maximum sentence of three months in solitary confinement for all, but a few first-time violations such as assault and escape.

Solitary confinement for juveniles and pregnant inmates will be prohibited and alternative confinement options will be available for inmates with mental illnesses.

"No prison system of this size has ever taken on such sweeping and comprehensive reforms to solitary confinement at one time," NYCLU Executive Director Donna Lieberman said.

She noted the settlement marks the end of the era where incarcerated New Yorkers are simply thrown into a box to be forgotten under torturous conditions as a punishment of first resort.

"[W]e hope this historic agreement will provide a framework for ending the abuse of solitary confinement in New York State," Lieberman said.

The settlement agreement will be subject to court approval after which it will implemented over the next three years.

US Bureau of Prisons Should Reform Solitary Confinement Program - Senator

US Prisoners Sent to Solitary Confinement Over Facebook – Digital Watchdog