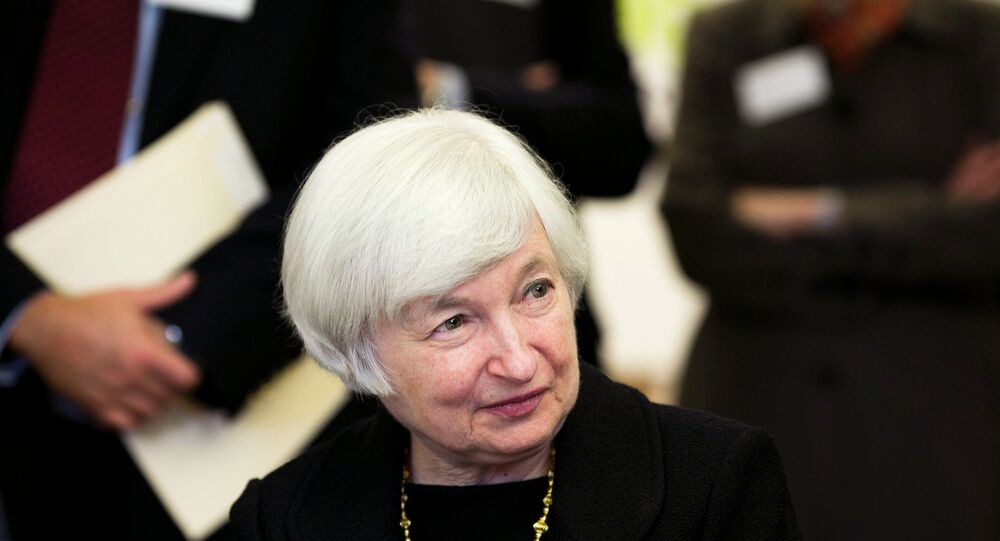 The US Federal Reserve on Wednesday raised short-term interest rates 0.25 in a unanimous vote, marking the first rate hike in nine years.

The Federal Open Market Committee (FOMC) unanimously voted to set the new target range for the federal funds rate at 0.25% to 0.5%, up from zero to 0.25%.

"The committee judges that there has been considerable improvement in labor market conditions this year, and it is reasonably confident that inflation will rise, over the medium term, to its 2 percent objective," the FOMC said in a statement Wednesday following a two-day meeting in Washington.

The Fed said it raised rates "given the economic outlook, and recognizing the time it takes for policy actions to affect future economic outcomes."

The rate hike was widely expected. Earlier this month, Yellen signaled that the US economy was strong enough to raise rates.

The announcement comes at a time when the US unemployment rate is at a seven-year low of 5%, with monthly hiring consistently solid. Strong jobs figures for November were seen as the final seal for a rate increase.

Wednesday marked seven years to the date since the Fed, under former Chair Ben Bernanke, cut rates to the near-zero levels at the height of the Great Recession. Under Yellen, that fiscal policy had continued until Wednesday's rate hike marked its end.

The Fed had been expected to start raising rates in September. But any rate hike was put on hold when China devalued its currency last summer, unsettling global markets.

Since then, Fed policymakers have been monitoring economic weakness abroad. A stronger dollar has hurt American manufacturers by making their products more expensive overseas.