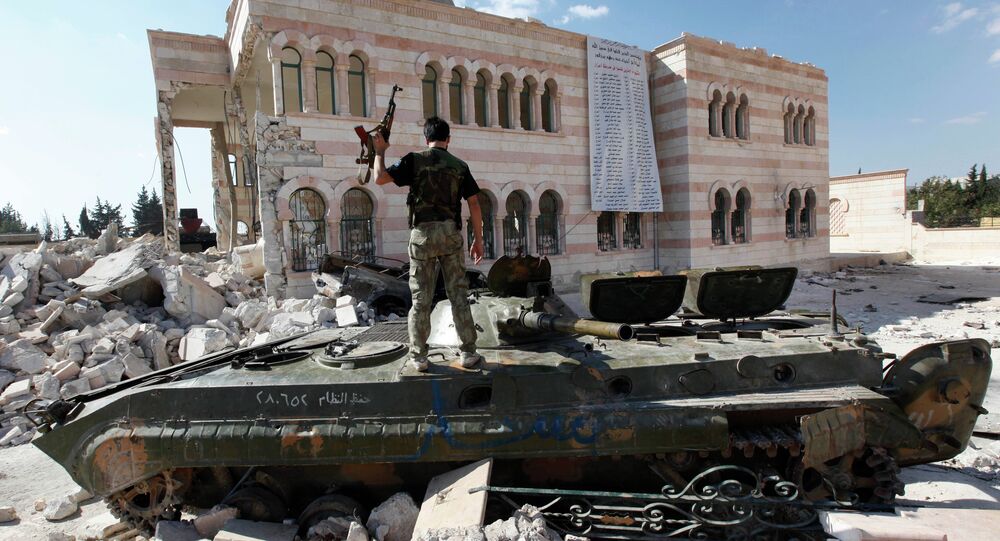 After civil war broke out in Syria, one of the Pentagon’s early strategic efforts was to train so-called “moderate” rebel groups. After spending some $384 million, the program ended in failure this year after the CIA was unable to identify worthy candidates.

"It is simply difficult to acquire the number of Syrian rebels willing to participate in the training under current parameters," Jennifer Cafarella, with the Institute for the Study of War, told Fox News in June.

But it now looks like another key part of Washington’s fight against Daesh may be in danger of failure. Receiving Western backing, the Free Syrian Army, the region’s largest opposition group, is suffering from low morale.

"After five years of this war the people are just tired…and so are our fighters," said Jaseen Salabeh, an FSA volunteer, according to Stars and Stripes News.

Part of the problem lies in what FSA members describe as corrupt leadership.

"They regularly steal our salaries," Salabeh added. "We’re supposed to get $400 a month, but we only actually receive $100."

He also identified the lack of proper treatment for those wounded in battle.

"If somebody is wounded, they just dump him in Jordan and abandon him," Salabeh said. "Widows of martyred fighters also receive nothing after deaths."

These conditions have created a cycle of failure. Due to low morale, the FSA has few military wins, consequently causing the US to pull back on the funding which could improve conditions and morale.

"The lack of battlefield success has mitigated against them," Ed Blanche, a member of London’s International Institute for Strategic Studies, told Stars and Stripes, adding that, "they haven’t been getting significant (outside) support because they haven’t been showing results."

According to Elias Hanna, a former Lebanese general and professor of geopolitics at the American University of Beirut, people are frustrated with the Free Syrian Army’s lack of progress and are instead turning to the Nusra Front, a regional al-Qaeda affiliate.

"In contrast, Nusra is winning the hearts and minds of the people, and positioning themselves as moderates despite their al-Qaeda links," Hanna told Stars and Stripes.

News of Washington’s failure to adequately support the FSA comes amid increasing cooperation between the Syrian opposition group and the Russian government. On Monday, Russia’s Chief of the General Staff Valery Gerasimov confirmed that Moscow has launched a number of airstrikes to support FSA troops in fighting Daesh.

"The number of such FSA units is on the rise. The Russian aviation carries out 30-40 airstrikes daily to support them," Gerasimov said during a meeting with military diplomatic corps representatives, according to RIA Novosti.

"We also supply them with weapons, ammunition and materials."

In turn, the Free Syrian Army has offered to share “precise intelligence” with Russia to coordinate attacks.

"We have precise intelligence, documents, maps, and we can share them with the Russians so that their strikes on Daesh are more effective," General Hossam Awak, head of FSA intelligence, told Sputnik.

Western Media ‘Lied’ About Withdrawal of Iranian Soldiers From Syria