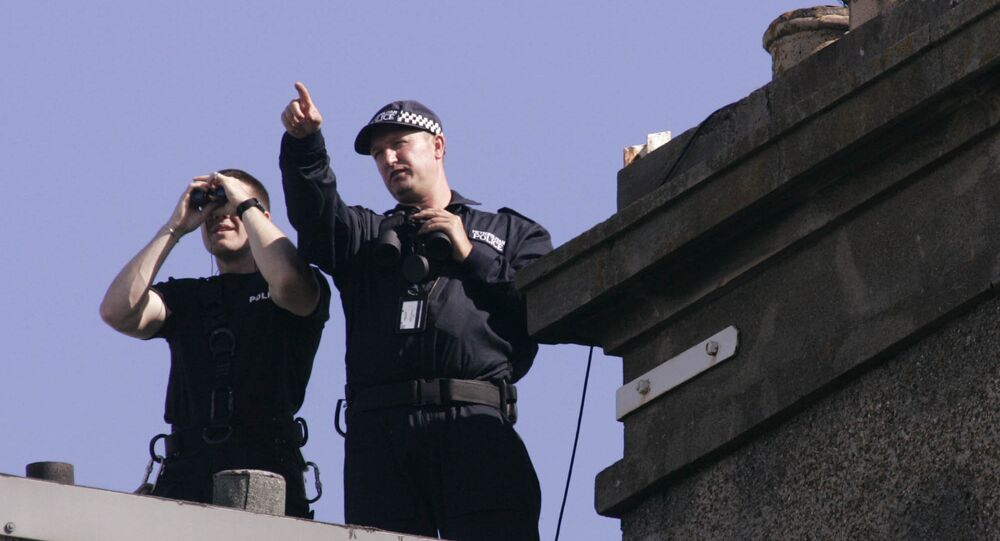 US police officers took a trip to Scotland to learn how to handle potentially-dangerous situations without resorting to using deadly force, the Scotsman reported.

US law-enforcement officials have been under heavy criticism with many people disapproving their methods. And rightfully so, considering that the number of people killed by police in the United States in 2015 reached 1,000 in November, according to the Guardian.

To counter this grave problem, police officers from the New York Police Department (NYPD) traveled to Scotland's law-enforcement training college at Tulliallan in the Perthshire County.

"It occurred to me there were lesson to be learnt from police in Scotland," Wexler said.

The police in the United States needs to learn how to handle edgy situations involving knives, rocks and other weapons without the use of deadly force, Wexler added.

© CC BY 2.0 / TCDavis
US Cops Shoot More People in a Month Than UK Police in Almost a Century
The tactics of US and Scottish police officers can't be more different: where US policemen usually pull their weapons when confronted with an armed [and unarmed people as well, especially if they happen to be African-American] suspect, their Scottish colleagues resort to verbal de-escalation techniques calming down potentially dangerous situations.

Scottish policemen would often step back and talk to an aggressor, instead of rushing at a person. Furthermore, they are trained in "tactical relocation," a technique to move a suspect to an area where he/she could be better controlled by policemen, assistant-chief constable Bernard Higgins for the Scottish police college said, according to the newspaper.

"Aggression will be met with aggression," Higgins said, as cited by the Scotsman.

"We train our officers to act proportionately and use only the minimum amount of force necessary. We do that from the moment they come into the organisation."

Some folks might think that with such "soft" tactics Scottish policemen are killed more often than their US counterparts. But the opposite is true — while 33 police officers died in the United States as a result of assault this year, Scotland had its last policeman killed by violence in 1994, according to the Scotsman.

The numbers speak for themselves. The Scottish police clearly know how to do their job better than their colleagues across the Atlantic and it's a wise decision that some US cops at last decided to learn from them.