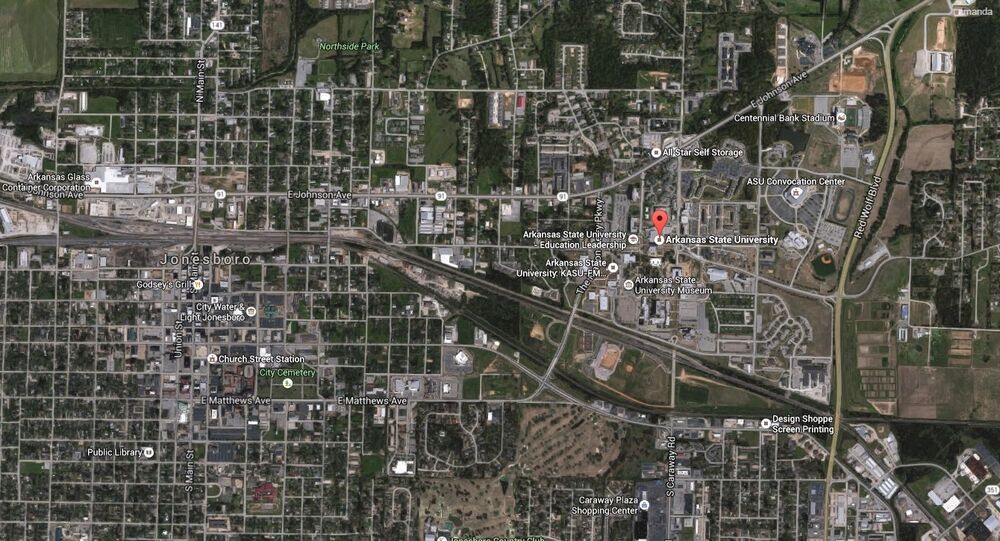 An armed man who caused Arkansas State University to go on lockdown is in police custody.

Jonesboro, Arkansas police identified the man as Brad Bartelt, 47, and indicated he threatened to commit suicide or kill someone on Facebook the day before the incident on the college campus, in which no shots were fired, and there were no reported injuries.

Witnesses reported Bartelt screamed at police officers as he was surrounded, according to local WMC. Jonesboro police spokesman Paul Holmes said a negotiator was on scene.

"Our tactical people are getting themselves in a position to respond as well," Holmes said, according to AP.

​Officials say the incident began when the suspect crashed his car on the campus lawn and stepped out of his truck armed with a shotgun and a gas can. The vehicles appears to have been adorned with an American flag, as well as a Gadsden flag, symbolizing the Tea Party, a conservative political movement.

Officials also stressed that there were no previous threats made, according to CNN. Students were alerted to avoid the area via a campus-wide text message. University spokesman Bill Smith said that no shots were fired, according to the Associated Press.

"Man with weapon is on east side of student union. Campus lockdown immediately," the message read, according to local KATV.

Arkansas State University is located in Jonesboro, 130 miles northeast of Little Rock, and is the flagship campus of the state's university system, with approximately 14,000 students enrolled.

"I thought for sure this type of stuff wouldn't happen in Jonesboro, Arkansas," Dakota Galban, a student on the scene, told WMC.