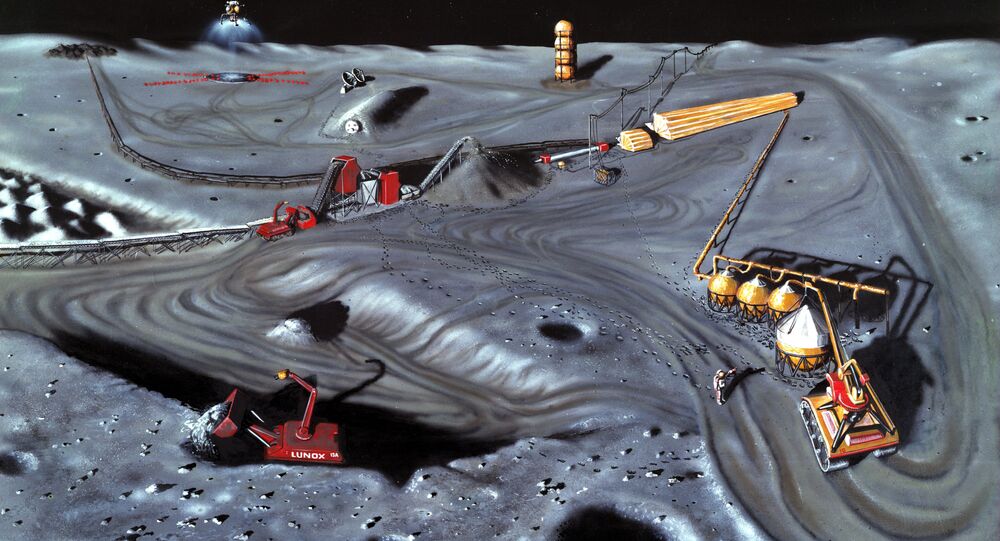 A new US law has essentially legalized space mining, letting companies earn a profit for any resources gathered from the cosmos. With a number of investors already seeing dollars signs, the privatization of space could usher in a new age of exploration.

When NASA ended its shuttle program in 2011, it did so with the hope that private space travel could help innovate the industry. A number of companies have stepped forward. Virgin Galactic has made strides, and tech billionaires Elon Musk and Jeff Bezos are racing to complete efficient, reusable rockets.

But a new law signed by President Barack Obama last month could do even more to spur a commercial interest in space. The US Commercial Space Launch Competitiveness Act of 2015 could effectively do for the solar system what the gold rush did for 19th century California.

Under the law, any minerals or other materials, including water, which are extracted from asteroids or other extraterrestrial bodies would legally belong to the individual or company that did the extracting.

Essentially: if you can get it, you can sell it, and with affordable space flight becoming closer and closer to becoming reality, space mining doesn’t sound so far-fetched. There could also be a sizeable profit to be gained. NASA estimates that 10% of the 1,500 near-Earth asteroids contain mineral resources.

Nickel, gold, iron, and platinum could all fuel a new age in humanity. Frozen water deposits could also be unlocked and used as refueling stations for trips further into space.

"Now it is permissible to interact with space," said Christopher Johnson, a lawyer with the Secure World Foundation, according to Agence France-Presse. "Exploring and using space’s resources has begun."

That’s not just hyperbole. A number of companies have been waiting in the wings for precisely this kind of legislation to pass.

"It has often been a question as to whether a commercial company will be able to go out and develop a resource," Chris Lewicki, president of Planetary Resources, also known as The Asteroid Mining Company, told AFP. Lewicki said that the Space Act "allows us to give assurances to our customers and investors as we build a resource business in space.

"Since the passage of the law, we’ve been getting a lot of support messages and our current investors are very excited," he added.

Planetary Resources is already eying a few select asteroids which it hopes to prospect further with the aid of a small exploration satellite next year.

© NASA . ESA
Need for Speed: Star Trek Warp Drive is Within Our Grasp

There’s also Deep Space Industries, another startup which has been waiting for the legal groundwork to begin wooing investors.

"This is absolutely a big win for us," the mining company’s vice president Meagan Crawford told AFP. "We don’t seem crazy any more. We don’t have to work very hard to convince investors."

Deep Space Explorations plans to begin scouting in 2017, and says actual mining could begin as soon as 2020.

It’s hard to know for sure what effects commercial space mining will have. The gold rush led to a mass westward migration, as people hoped to strike it rich in the Sacramento Valley. It’s possible that new space industries could have a similar effect, creating a string of manned settlements across the solar system.