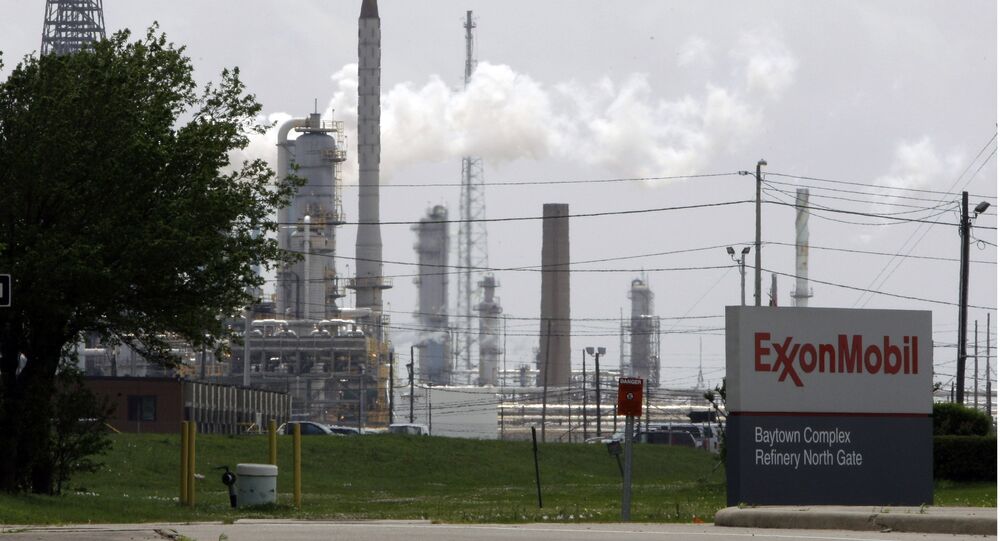 According to Greenpeace, the Texas-based oil and gas giant Exxon opposes cutting the use of liquid petroleum fuels.

MOSCOW (Sputnik) — The US oil and gas giant Exxon has lobbied policymakers in the European Union against moving away from Carbon dioxide (CO2) in the transport sector, the environmental group Greenpeace's investigative initiative said Monday.

“In the near term other sectors are likely to provide more direct cost-effective CO2 abatement solutions than the transport sector,” Greenpeace Energydesk quoted an Exxon presentation as saying.

The presentation, distributed among European lawmakers "in or around" September and seen by Greenpeace, argues in favor of fossil fuels.

“Liquid petroleum fuels will remain the primary transportation fuels in the foreseeable future,” it states.

The Texas-based company further observes that the electric car market is too underdeveloped and costly "to be commercially viable at a large scale."

© East News / imago stock&people
Richest 10% Produce 50% of World Carbon Emissions, Must Bear Responsibility
Exxon was criticized this fall for blocking political action and misleading the public about the risks of climate change, in an effort to protect corporate profits.

Last month, the New York Attorney General launched an investigation into how the company's public claims conflicted with private findings about the effects of climate change.

The revelation comes as the climate conference in Paris to curb greenhouse gas emissions globally went into its second week on Monday. Most of the world's nations represented at the COP21 are expected to agree on new climate change goals, including a potentially binding plan to decarbonize the global economy.