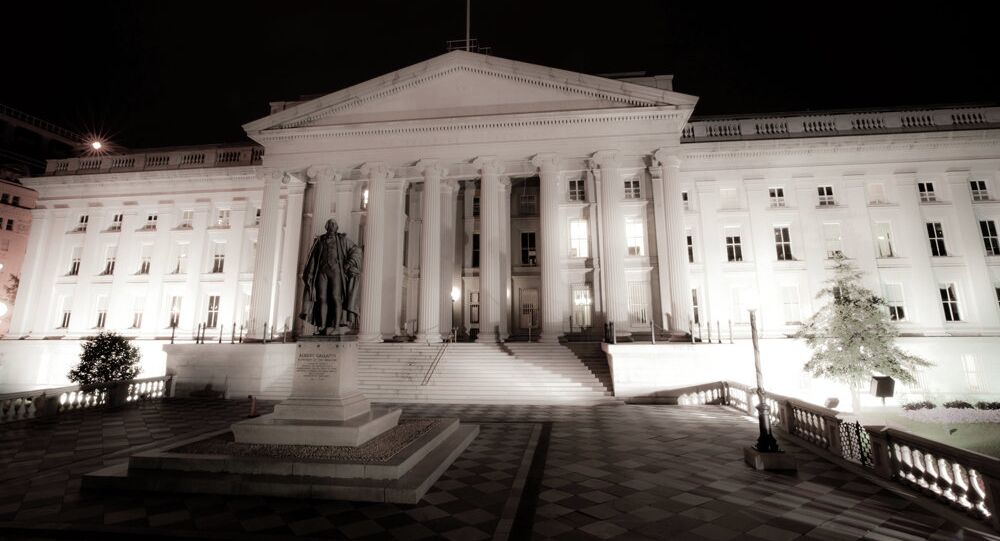 FIDE Chief to Sue US Treasury Dep't For Defamation Over Sanctions

World Chess Federation President Kirsan Ilyumzhinov said he would sue the US Treasury Department for defamation.

© Flickr / Son of Groucho
US Treasury Official to Visit Europe to Discuss Anti-Russia Sanctions
He also said that he had transferred his powers in the organization’s financial and economic activities in the United States to its deputy chief George Makropoulos.

"In the morning I made an offer to the members of the presidential council, shocking them, that I wanted to temporarily suspend my authorities in the financial and economic sphere on the US territory and with US citizens, and to transfer those powers to first deputy president George Makropoulos," Ilyumzhinov told R-Sport.

Makropoulos, in turn, said that there would be no changes in the organization due to the incident.

Italian ex-MEP to Press Charges Against Estonia for Defamation

US Treasury Official to Visit Europe to Discuss Anti-Russia Sanctions