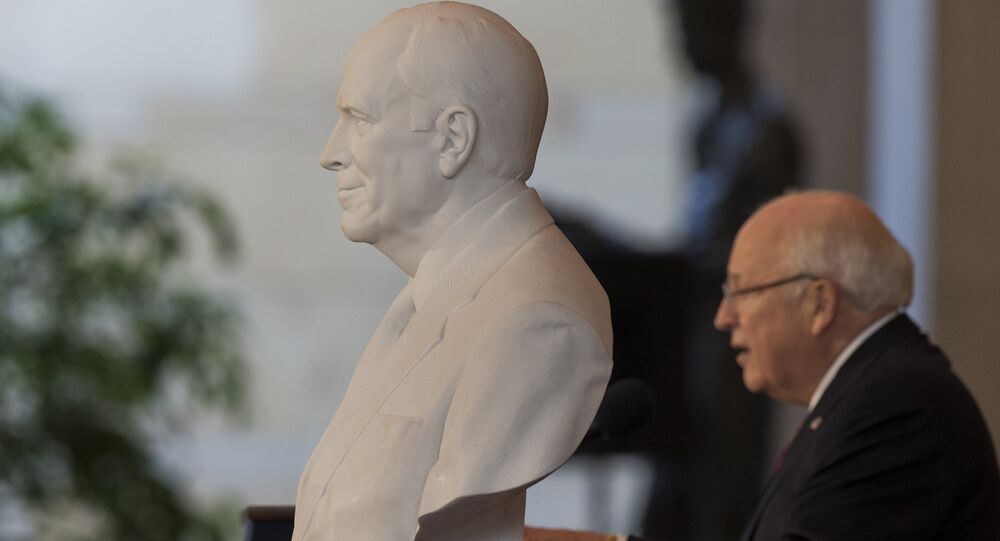 A bust of Dick Cheney that will now join over 40 other vice presidents in the Senate halls was unveiled on Thursday afternoon, and naturally the Internet had a field day.

Only two days before, Human Rights Watch released an extremely critical report on CIA Torture and called for the administration of President Barack Obama to pursue a criminal investigation of Bush, Cheney, and other U.S. officials responsible.

“I must confess I’m somewhat reluctant to come back to Washington. The last time I showed up here I was hanged in the White House,” Bush said, joking about his portrait. “This time I’ve returned only to find my vice president getting busted in the Capitol.”

“Dad perked up and he said, ‘Send my best regards to old iron-a**,'” Bush also stated, referencing a comment George H. W. Bush made in a recently published book on his presidency.

Cheney and his wife then revealed the bust, and the Internet went wild.

“So many things to do to that bust. US doesn't prosecute its war criminals. It honors them,” journalist Glenn Greenwald wrote.