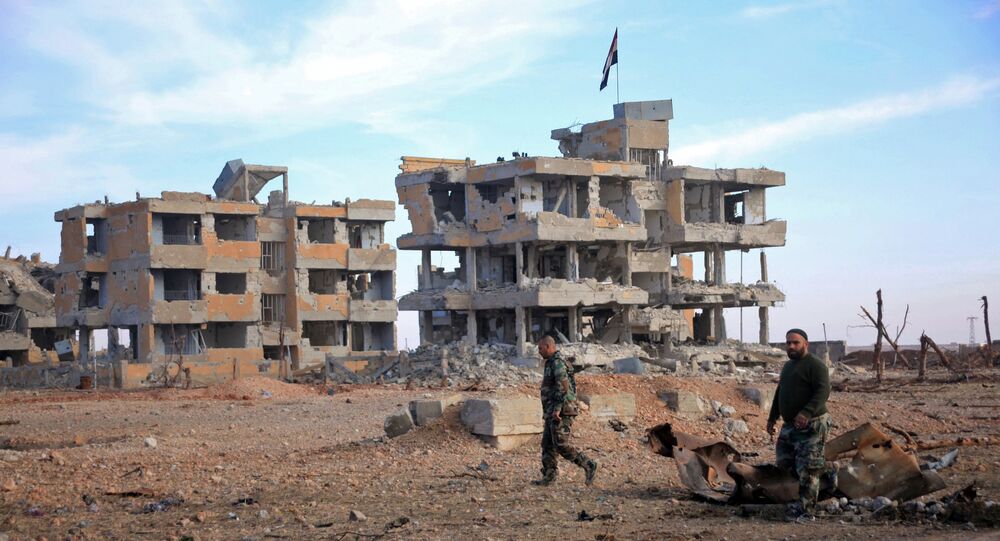 If West Pushes for Assad's Resignation, Syria May Descend Into Chaos

On Thursday, President Vladimir Putin made his annual address to both houses of the Russian parliament. This time it focused on major political and economic issues, including the fight against international terrorism, economic growth, human rights and social policy.

One of the key points of Vladimir Putin’s speech was the Russo-Turkish relations.

Sputnik asked John Quigley, — Professor Emeritus of International Law at Ohio State University, – to elaborate on this particular point in the President’s address.

“Putin mentioned the situation in Syria and the downing of the Russian military aircraft, which is becoming a very serious issue between Turkey and Russia… I don’t think the Turkish government had any good reason for shooting down the Russian aircraft, and Mr. Putin rightly made a point of that,” Professor Quigley told Sputnik Radio.

At the same time, Vladimir Putin pointed out that Russia draws a clear distinguishing line between the people of Turkey and the country’s current leadership.

Professor Quigley also said that the key difference between the Western and Russian approach to the Syrian crisis was that the Western governments want to move the Syrian leadership out of power, while Russia wants to work with President Bashar Assad.

As to President Putin’s call to create an international antiterrorist coalition where every nation would contribute to the common effort, Professor Quigley mentioned the two approaches to the problem: the Western governments’ on the one hand, Russia and other countries’ on the other.

“I think the Western approach is very risky because if you move too quickly to get the Syrian government to resign, then you don’t know who is going to replace it and there’s a great risk of having complete chaos like it was in Libya,” he warned.

When asked which countries could be Russia’s partners in this coalition, Professor Quigley said that Iran was likely to join in, and also some Western countries too, above all France, especially in the wake of the recent terrorists attacks in Paris.

© Sputnik / Russian Defence Ministry
Russian Anti-Terrorist Campaign in Syria in Line With Int'l Law - Beijing
In his address, Vladimir Putin also paid specific attention to the issues of global economy and Russia’s economic development in all sectors, including agriculture.

He said that Russia must set itself the target of becominge self-sufficient in food by 2020.

Professor Quigley said that the sanctions imposed on Russia had raised the issue of self-efficiency.

“In principle, it’s better for the chantries to interact and do what is most efficient, but at this particular stage Russia may need to focus on self-sufficiency,” he said.

Speaking of Russia’s prospects on the global scale, Putin emphasized the significance of cooperation within the Eurasian Economic Union and the Shanghai Cooperation Organization that will create new opportunities for Russia in the Asian region.

“Well, that could potentially bring positive developments in terms of economic collaboration with those countries, but I would like to see the situation resolved with the Western European powers, that Russia can have that kind of cooperation as well,” Professor Quigley said in conclusion.