The US Department of Justice announced that former Russian army tank commander Irek Ilgiz Hamidullin was sentenced to life in prison and 30 more years for leading a Taliban group to attack US and Afghan soldiers.

WASHINGTON (Sputnik) — Former Russian army tank commander Irek Ilgiz Hamidullin was sentenced to life in prison and 30 more years for leading a Taliban group to attack US and Afghan soldiers, the US Department of Justice announced in a statement following the verdict.

"Irek Hamidullin has been sentenced to life in prison for his role in orchestrating and conducting a violent attack on Afghan and US forces in Afghanistan in 2009, and conspiring to kill members of the US military," Assistant Attorney General Carlin said in a statement on Thursday.

Hamidullin’s sentence comes after a federal jury convicted him in August and found him guilty of all 15 terrorism-related counts, after he led a group of fighters in an attack approved by the Taliban on a post in Afghanistan in 2009. 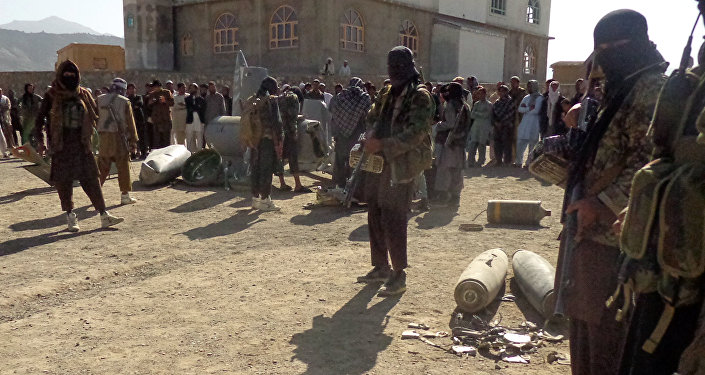 © AFP 2019 / STR
Taliban Capture 18 After Downing Moldovan Helicopter in Afghanistan
According to the Justice Department, Hamidullin had planned the attack for months and acquired weapons including IED’s, heavy machine guns and should-fired rockets which were intended to shoot down a US helicopter.

Hamidullin reportedly joined the Taliban in 2001 and by 2009 had commanded a group of insurgents operating in Afghanistan, the Justice Department said.

US Thought Afghan Hospital it Bombed Was Under Taliban Control