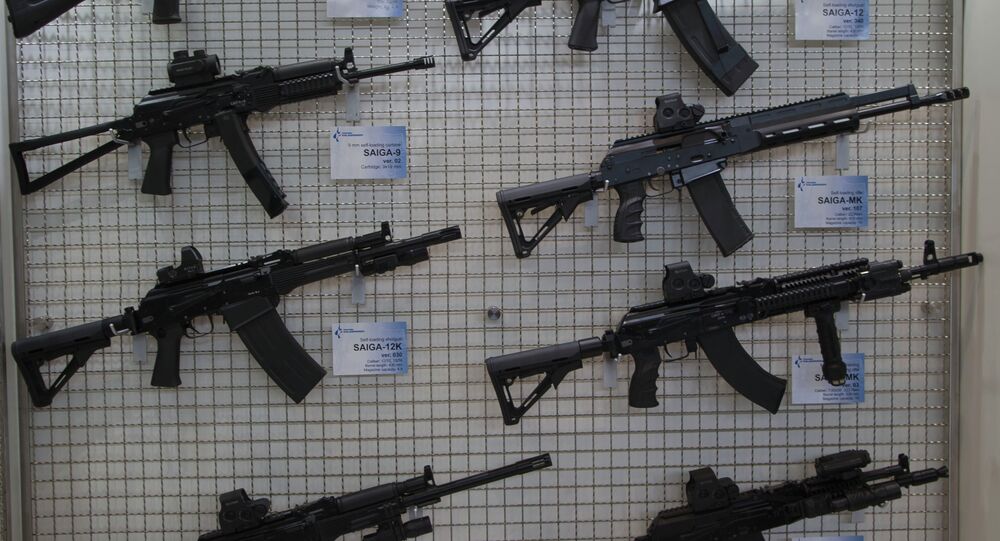 Behind closed doors, the gun industry views mass shootings like the one that occurred Wednesday in Southern California as lucrative business opportunities, according to remarks from industry executives.

"Here's how it works. Following a mass shooting, there is talk of gun control, which the National Rifle Association and other gun advocates attack as an assault on the Second Amendment. Notably, gun and ammunition manufacturers often donate, either directly or as a portion of each sale, to the NRA. The fear of losing gun rights leads to panic buying, which brings greater profits to gun retailers, gun companies and their investors."

"The gun business was very much accelerated based on what happened after the election and then the tragedy that happened at Sandy Hook."

Stack noted that the industry saw "panic buying" when customers "thought there were going to be some very meaningful changes in our gun" laws. The new sales "didn't bring hunters in" but rather "brought shooters into the industry," he added.

In December 2012, a gunman fatally shot 20 children and six adult staff members at Sandy Hook Elementary School in Newtown, Connecticut. About a week later, the FBI processed a record number of firearms background checks – 177,170 in a single day.

That record was just broken on Black Friday a week ago, when the Bureau processed 185,345 background checks – roughly two per second. That same day, a gunman killed three people and wounded nine others in an attack at a Planned Parenthood office in Colorado.

Last year, Tommy Millner, the chief executive of Cabela's, a retailer that sells guns, said at an investor conference in Nebraska that his company made a "conscious decision" to stock additional weapons merchandise before the 2012 election, hoping Obama's reelection would result in increased sales, the Intercept reported.

After the election, the Newtown shooting occurred, and "the business went vertical … I meant it just went crazy," Millner said, according to a transcript of the event. Describing the "tailwinds of profitability," Millner noted Cabela's "didn't blink as others did to stop selling AR-15 platform guns," and so his company "got a lot of new customers." The AR-15 is a high-powered assault rifle based on the military's M-16 model but without the full automatic capacity.

Ladd Everitt, the director of communications of the Coalition to Stop Gun Violence, told the Intercept that the business rhetoric surrounding mass shootings "doesn't surprise me at all. This just shows the guys in the suits understand this and are utterly cynical about it."