US President Barack Obama said that the American flag will be flown at half-mast at all government and military installations around the world to honor the victims of the San Bernardino shooting massacre.

WASHINGTON (Sputnik) — The US Federal Bureau of Investigation (FBI) is looking into possible motives behind the deadly mass shooting in San Bernardino yesterday, but there is a possibility the killing was an act of terrorism, US President Barack Obama said during a news conference on Thursday. 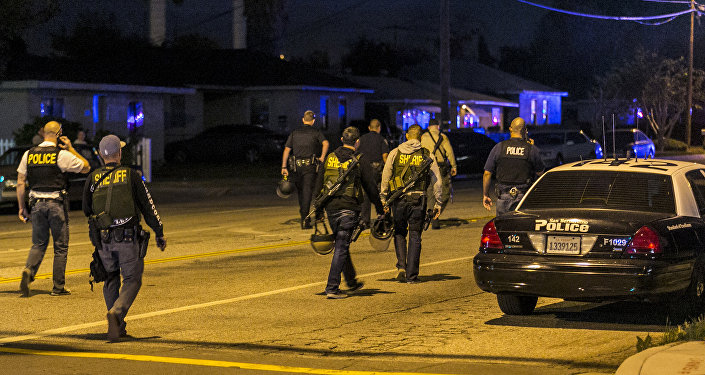 Obama said that the FBI has taken over the investigation into the mass shooting, which claimed 14 lives and injured dozens more. Ten people among the injured are reportedly in critical condition.

The US President said that until the FBI completes its interviews to understand the possible motives of the suspects, authorities would be unable to answer questions regarding the extent of their plans. 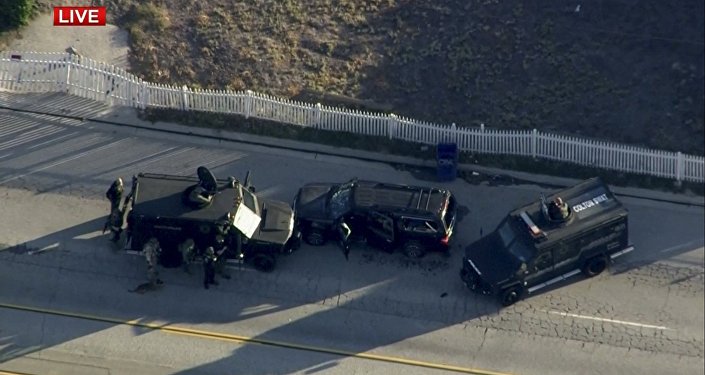 © REUTERS / HANDOUT
Two Suspects Dead, One Possible Suspect Detained After California Shooting That Killed 14
US President also said that the American flag will be flown at half-mast at all government and military installations around the world to honor the victims of the San Bernardino shooting massacre.

“As a mark of respect for the victims of gun violence perpetrated on December 2, 2015, in San Bernardino, California… I hereby order that the flag of the United States shall be flown at half-staff at the White House and upon all public buildings and grounds,” Obama said.

The order will also apply on all US military posts and naval stations, and on all naval vessels through December 7, 2015, the proclamation issued by the White House stated.

It will also apply to all US embassies, legations, consular offices and other US facilities abroad, Obama said.