The FBI processed a record number of firearms background checks on Black Friday, the bureau said on Tuesday.

The FBI processed 185,345 background checks – roughly two per second – on the busiest shopping day in the United States. That is about 5% more than the FBI processed on Black Friday in 2014, the Associated Press reported. 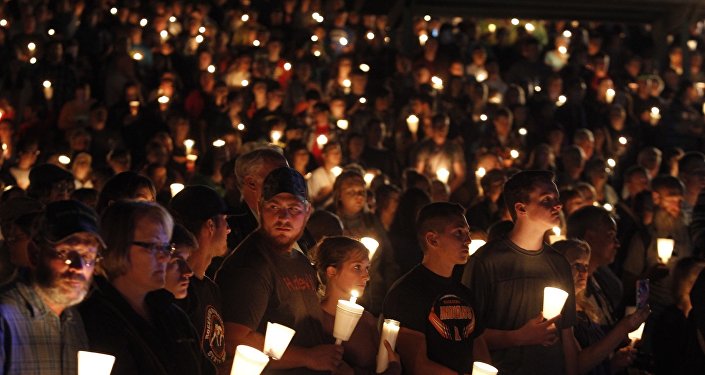 The FBI conducts background checks for gun purchases from federally licensed dealers and for permits to carry guns. However, a background check does not necessarily mean a gun was purchased.

On the same day the FBI broke its own record, a gunman killed three people and wounded nine others in an attack at a Planned Parenthood office in Colorado.

The previous record for the most background checks in a single day was the 177,170, which occurred on December 21, 2012, according to the AP. About one week earlier, 20 children and six adults were shot to death at Sandy Hook Elementary School in Connecticut.

After the Colorado shootings, President Barack Obama once again called for stricter limits on the availability of guns.

"Enough is enough," Obama said in a statement on Saturday. He said the Planned Parenthood shootings showed the need to "to do something about the easy accessibility of weapons of war" for "people who have no business wielding them."