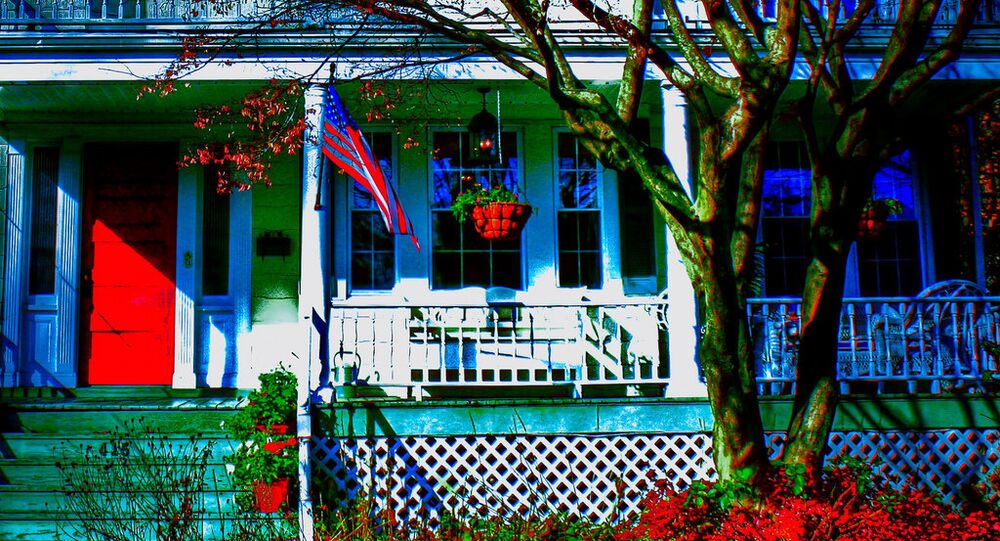 Startup culture and the "sharing economy" could be replacing the traditional American Dream of freedom of lifestyle choice and the ability to own a home, according to a new survey paralleling research conducted in 1986.

Young white Americans have become as hopeless regarding the "American Dream" as their non-white counterparts, according to a poll conducted among US 18 to 34-year-olds, a generation frequently referred to as "millennials."

Compared to a previous, identical poll conducted in 1986, the results for white Americans fell to that of their non-white counterparts, whose responses remained constant within the margin of error. One curious observation the poll made was that 'starting a business' became the top definition of the American Dream, while 'freedom of lifestyle' formerly first on the list, did not make the top three.

"The numbers can’t tell us why, exactly. But we can ask ourselves whether, at this moment when young people continue to slog through the reverberations of the Great Recession—mounting debt, uncertain job prospects, stagnating wages—a generation of white Americans might be waking up to how the sausage of prosperity gets made," the study release said.

© AFP 2020 / Justin Tallis
Decline of Middle Class: 'Black Friday' Failure Outside Low-End Segment
The definition of what the "American Dream" means to young people also changed. While in 1986, "freedom of choice in how to live their lives" was the top response, in 2015 the top item became "[starting] a business of their own."

Coupled with the decline in the "hope" of accomplishing the Dream, this could mean that people hope to be independent from employment but not free in how to live their life, hoping to starting a business but not becoming wealthy.

The change in values appears to have been influenced by startup culture and informal employment, relabeled as the "sharing economy," that since the 2008 housing bubble appear to have replaced what former President George W. Bush called the "ownership society."

Part of this could be linked to the emergence of a "startup economy," which tentatively allows niche items to receive considerable funding, as well as the "sharing economy" popularized by services such as Airbnb and Uber, themselves startups.

However, it could also be the result of declining real wages in ordinary employment. The fact that becoming wealthy ranked last as part of the American Dream while starting a business was rated first could be an indication of this.

"Becoming wealthy ranked dead last—listed by just 29% of young people as very much part of the American Dream, down from 40% in 1986," the survey said.

The increasingly informal employment, linked to deregulation and the collapse of manufacturing in the US following recessions in the 1970s, can be compared to Russia, where the post-Soviet industrial collapse in the 1990s led to the emergence of an unregulated "garage economy" recently uncovered and studied by the Higher School of Economics.

AGENCIA EFE
Uber Inconvenient: Raging Cabbies Block Main Rio Thoroughfare in Protest
The future of this trend is not clear, however. While joining the relatively unregulated "sharing economy" has helped individuals weather (or "recession-proof") economic crises, it has not become a driver of development.

Although it has been claimed that technological innovation in the sharing sector would replace capitalism, it has so far been driven by short-term gains as a result of reduced incomes for people providing the service, one tech industry CEO, Matt George has argued.

"To put it bluntly, the latest boom in our industry has come on the back of the underemployed and poor. Rather than using the tremendous wealth our companies have generated for our teams and shareholders, companies in our industry have leveraged driving wages down to drive valuations up. It can’t go on," Matt George wrote.

© Flickr / Gregg Brekke
Whither The Economy?
It has been noted that the "sharing economy" has become a way to enable "coping with downward mobility," without creating actual wealth outside of a handful of tech companies essentially engaged in finding new ways of collecting economic rent from jobs that already existed in the regulated capitalist economy.

The same has been argued by economists regarding Russia's informal economy, which created "life support" for people who had lost their Soviet-era industrial jobs, but has not led to the creation of new economic drivers. It should be said that the introduction of services such as Uber did not "disrupt" Russia's already heavily informal economy, as Russian taxi services already faced stiff competition from unlicensed drivers.

"This society is stable and mobile, but it is not developing," one of the Russian study's authors, Simon Kordonsky said.