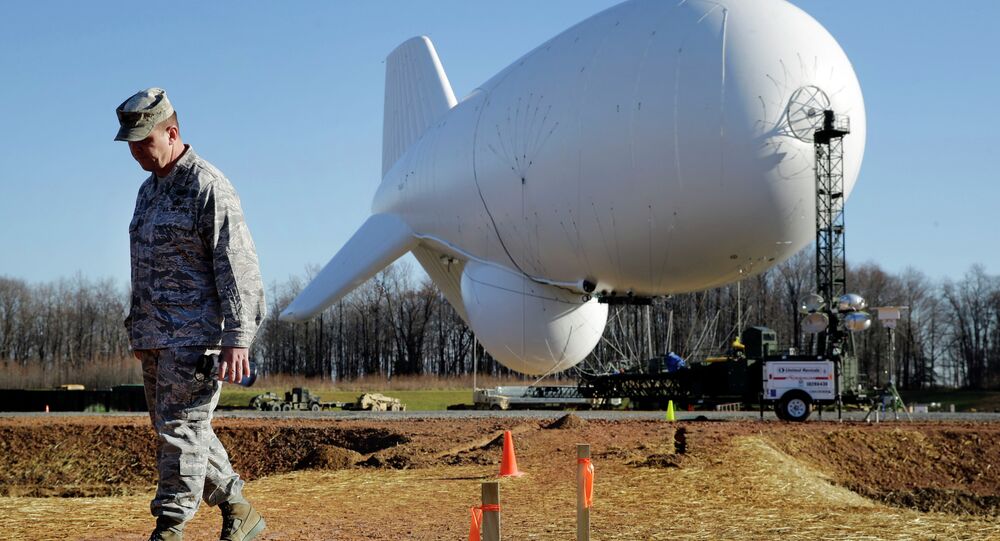 You might think that the slow-speed chase of a JLENS blimp along the American East Coast in October would force the Pentagon to reconsider the effectiveness of its costly missile defense system. You’d be wrong.

On October 28, a massive radar blimp became unmoored from its station in Maryland and drifted aimlessly across the sky. A pair of F-16s was scrambled, and pursued the balloon until it ultimately crash-landed in the countryside, knocking out power for 21,000 people as it went.

That blimp, left in tatters in a backyard in Pennsylvania, made up one-third of a $2.7 billion missile defense system.

The Joint Land Attack Cruise Missile Defense Elevated Netted Sensor System (JLENS) was designed to detect any incoming missiles. The renegade blimp was one of three set aloft as part of a test-trial.

But the program had been plagued with difficulties even before October’s incident. In multiple tests, the system has had problems fulfilling its primary function: identifying and monitoring flying objects. Even when airborne bodies are tracked, the system is often unable to distinguish between friendly and threatening aircraft.

One major embarrassment unfolded last spring, when a US postal worker landed an aircraft on the lawn of the US Capitol. While JLENS should have identified the gyrocopter long before it entered Washington DC’s airspace, it never registered the craft.

The Maryland blimp wasn’t even the first to break loose from its moorings. A similar incident over Afghanistan in 2012 led to the death of five people, after the rotors of a British military helicopter became entangled in that balloon’s tether.

Yet despite all of the problems facing a program which is already costing $50 million a year during its trial phase, JLENS will likely soldier on, even as the US Congress seeks ways to cut $5 billion from the Pentagon’s military budget by December 11.

When asked by the Los Angeles Times about providing further funding for JLENS, a number of Congressional lawmakers refused to comment. Others have indicated they plan to continue supporting the program. Sources close to Maryland Senator Barbara A. Mikulski say she is in favor of further funding, even though she publically wrote a letter to US Defense Secretary Ashton Carter saying she was “deeply concerned” after the October incident.

The reason for continued support shows the troubling consequences of the military-industrial complex.

In a statement given to the LA Times, an aide for Ruppersberger stressed that “while we do whatever we can to help create and support jobs in the district, citizen safety comes first.”

But while there may be an economic incentive for the districts and states that lawmakers represent, there is also a more direct motivation to continue JLENS in the form of campaign contributions.

The blimps are built by defense contractor Raytheon, and since 1999, the company has donated $1.6 million through its political action committee and employee contributions to Congressional campaigns.

Ruppersberger himself has taken in $91,250 from Raytheon since 2002, according to the Center for Responsive Politics.

Raytheon also has an extensive lobbying presence on Capitol Hill. One aide, speaking on condition of anonymity to the LA Times, spoke of receiving a call from a Raytheon representative back in October, while the renegade blimp was still in pursuit. The lobbyist insisted that the incident was not the company’s fault.

While a collision into the Pennsylvania countryside may be a major embarrassment for both Raytheon and the Pentagon, it seems unlikely that the program will be grounded anytime soon.