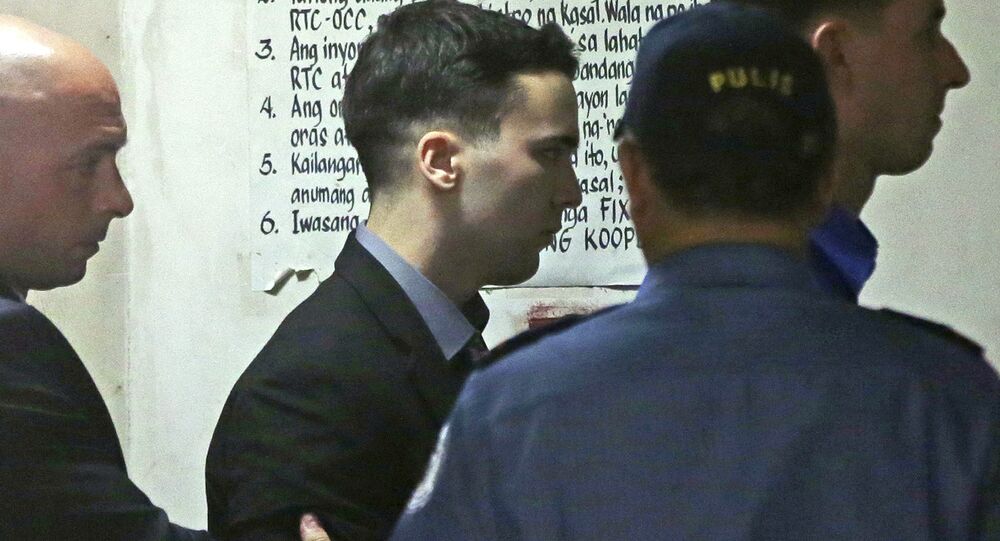 The homicide last year sparked outrage in the Philippines over the US military presence in their country.

© AP Photo / Ricardo Mazalan
US Army to Investigate Rape Claims in Colombia by Soldiers, Contractors
On Tuesday, a Philippines court found Lance Corporal Joseph Scott Pemberton, 20, guilty of the homicide by choking and then drowning Jennifer Laude, 26, in a motel toilet bowl.

Authorities found that Pemberton killed Laude in October of 2014 after discovering that she was transgender. Witnesses said in court that she was a sex worker, and that she and another transgender woman named Barbie had accompanied him to the motel.

During the trial Pemberton stated that he discovered Laude was born male after she had performed oral sex on him and that he was “disgusted and repulsed.”

He claimed that he pushed her when he found out, and she slapped him, leading him to punch her and then begin choking her. He claimed that he dragged her to the toilet to use the water to revive her, as the shower was broken, and that she was alive when he left the room.

Investigators found, however, that she drowned in the toilet bowl water.

The judge ruled, however, that the killing was not murder, as it was determined there was no treachery, superior force and cruelty — requirements for a murder conviction in the Philippines.

Instead, the Marine was convicted of homicide and sentenced to six to 12 years in prison. Pemberton will also have to pay the victim’s family $98,000 in damages for their loss.

Pemberton has been credited for the time he has already served.

Shock Belt Used on Defendant During Murder Trial in Texas