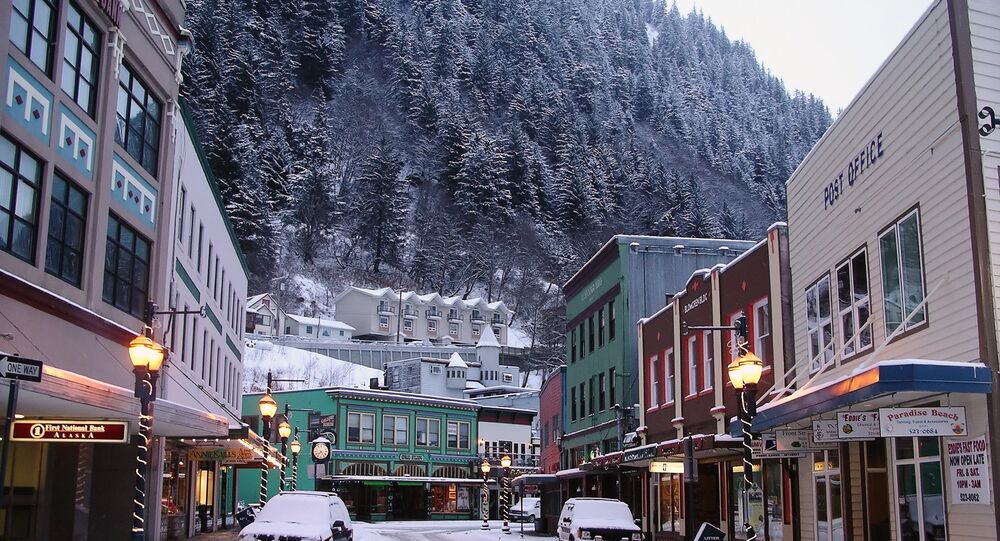 On Monday afternoon, the recently elected mayor of Alaska’s capital Juneau, Stephen “Greg” Fisk, was found dead in his home -- and speculation as to the cause of the 70-year-old’s death has been flooding the Internet as police have not yet determined the cause of death.

© Flickr / Amanda Graham
Alaska Woman Steals Police Car With Husband Handcuffed in Back
Around 3:30 in the afternoon, Fisk’s body was found by his adult son, Ian Fisk, who neighbors have stated opened the door to the home where the mayor lived alone, and started shouting.

The police investigation has so far found no signs of a forced entry, but rumors have been circulating online t that Fisk had been “attacked.”

Neighbors told the Juneau Empire that while their house is close enough to Fisk’s home to hear doors slam, they did not hear anything indicating that there was a disturbance or assault at any point.

“This is sad because his potential as a mayor was already showing,” Bob King, Fisk’s campaign chair and neighbor of more than a decade, told the Juneau Empire. “For that potential to be snuffed out is just a crushing loss. I’m going to miss him horribly, and the community is, too.”

So far, the police have announced that his death was not a suicide, and that murder is “one of the possibilities out there, but there’s others that could have happened. There could’ve been a fall, there’s lots of things that would cause it.”

© AP Photo / AP/FOTOLINK *EAST NEWS
Murdered Hedge Fund Founder’s Son Charged with Homicide
“Those rumors are speculation,” the Juneau Police Department said in a statement obtained by CNN. “Detectives are actively investigating facts of the incident, and all evidence is being preserved and documented.”

Fisk’s body has been sent to Anchorage for an autopsy that will surely provide more answers. Juneau Deputy Mayor Mary Becker will now be taking over Fisk’s duties.

“The medical examiner has authorized an autopsy, so we’ll be doing that,” JPD chief Bryce Johnson told the Juneau Empire.