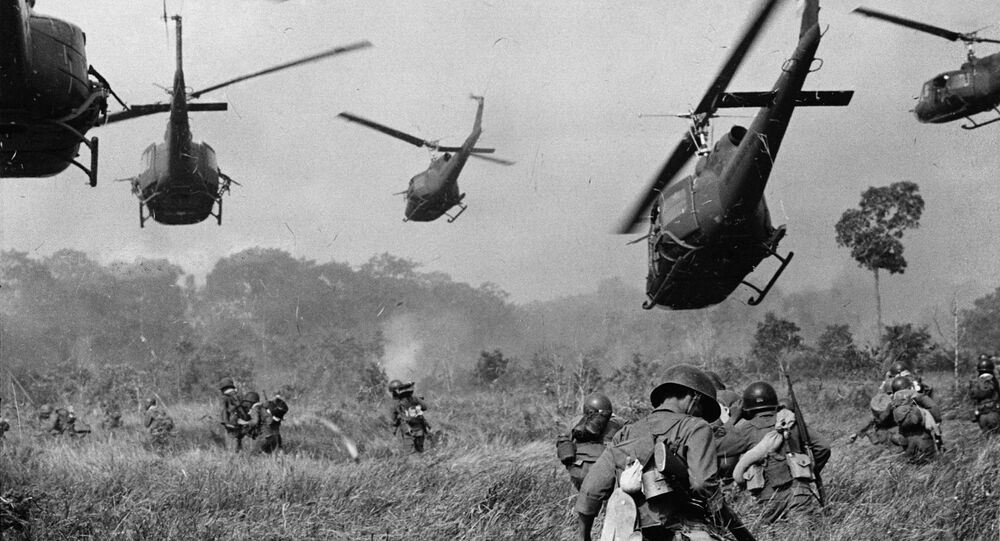 Resisting for weeks, the Pentagon has finally admitted that "advisers" in Syria will be involved in military ops, but the US still remains cagey on strategic specifics. That vagueness may be intentional, a move that’s been used by Washington in the past, just before becoming embroiled in the nation’s largest military mistake of the 20th century.

With previous plans to combat Daesh, also known as ISIL/the Islamic State, in tatters, the Obama administration earlier announced plans to send as many as 50 Special Forces "advisers" into Syria. This, the president insisted, did not constitute a reversal of his plans to keep US troops out of Syria, as they would not be involved in combat operations.

But on Tuesday, US Defense Secretary Ashton Carter gave testimony before the House Armed Services Committee which seems to suggest otherwise.

"These special operators will over time be able to conduct raids, free hostages, gather intelligence, and capture ISIL leaders," he said.

"This force will also be in a position to conduct unilateral operations in Syria."

On Monday, an anonymous official inside the Defense Department also told Defense News that the deployment of these initial Special Forces amounts to “breaking the seal.” If successful, the Pentagon could send even more troops into Syria, a country in which the United States is not officially fighting a war.

Last month, President Obama told ABC News that Daesh has been contained. This statement came just days before the terrorist group launched a wave of deadly attacks across Paris, and on Tuesday, chairman of the Joint Chiefs of Staff Marine Gen. Joseph Dunford pointed out how premature the president’s claim really was.

"We have not contained ISIS," he told the House Armed Services Committee.

Taken together, these facts seem to suggest that the Obama administration may be planning a much larger and more aggressive offensive than it has let on. Both Senators John McCain and Lindsey Graham have called for sending up to 20,000 troops to fight Daesh.

But specifics remain elusive. The Defense Department has not confirmed whether these Special Forces have already been deployed, nor has it put an exact number on how many personnel could ultimately be sent back into Iraq and Syria. But if past precedent is any indication, that ambiguity may be intentional on the Pentagon’s part.

The same strategy was used in the lead up to the Vietnam War. In the ramp-up to that war, former President Dwight D. Eisenhower deployed 900 advisors into Vietnam. This was then escalated by President Kennedy to 16,000, two years before the US ground war officially began.

That not-so-gradual escalation led to a war which ultimately killed as many as 800,000 people, including nearly 60,000 American soldiers.