Two US presidents have refused to declassify 28 pages of the Joint Congressional Inquiry into the 9/11 attacks on the grounds of national security. But some suspect the pages may point to Saudi involvement, and in the wake of recent terror attacks, a renewed interest in those hidden documents has emerged.

Five months after the terrorist attacks of September 11, 2001, the US Congress launched a thorough investigation into the incident. While much of the 832-page report can be read by the public, the Bush administration made the controversial decision to classify 28 pages, a decision that has been maintained by the Obama administration.

The pages are available, however, to members of Congress. While those individuals are sworn to secrecy, several have come forward saying that the American public deserves to see the 28 pages.

"It gave the names of individuals and entities that I believe were complicit in the attacks on September 11," Massachusetts Representative Stephen Lynch told KUTV. "They were facilitators of those attacks and they are clearly identified. How people were financed, where they were housed, where the money was coming from, you know the conduits that were used and the connections between some of these individuals."

In light of the recent wave of terror attacks, Lynch renewed his efforts on Sunday to have those pages declassified, and there is bipartisan support for a bill which would release the material.

While Bush ostensibly blocked out the pages to protect intelligence sources, other Congressional lawmakers familiar with the document support Lynch’s claim that the US may be protecting a powerful ally.

"There’s nothing in it about national security," North Carolina Representative Walter Jones told the New Yorker last year. "It’s about the Bush administration and its relationship with the Saudis." 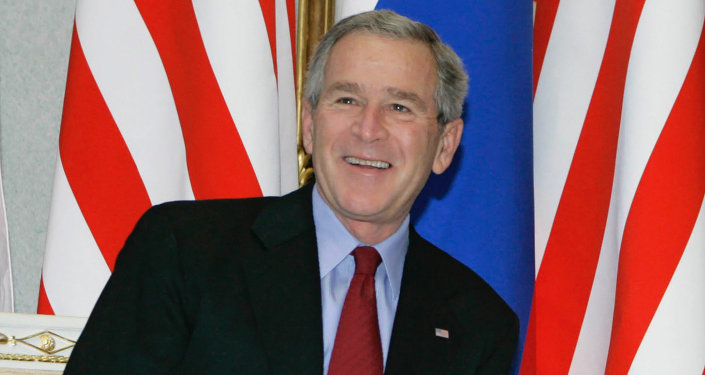 "The position of the United States government has been to protect Saudi Arabia at virtually every step of the judicial process," he added.

"I think in terms of diplomatic relationships, it may be very, very sensitive," former Congressman Pete Hoekstra told KUTV.

These suspicions are also corroborated by Zacarias Moussaoui, an al-Qaeda member who gave on his own role in keeping track of al-Qaeda donors.

"It was crucial," Moussaoui said when asked about the importance of Saudi donations. "Without the money of the Saudi[s], you will have nothing. It was absolutely fundamental."

Even the Saudi government, which has fervently denied the allegations, has urged for the release of the pages, insisting it has nothing to hide.

"Twenty-eight blanked-out pages are being used by some to malign our country and our people," said Prince Bandar bin Sultan, the Saudi ambassador at the time of the attacks, according to the New Yorker. "Saudi Arabia has nothing to hide. We can deal with questions in public, but we cannot respond to blank pages."

Whether the Obama administration will bow to the pressure remains to be seen, but given that the attacks were over a decade ago, it may be time.

"I mean, I really can’t come up with a good reason at this point in time anymore to keep the pages classified," Hoekstra said.