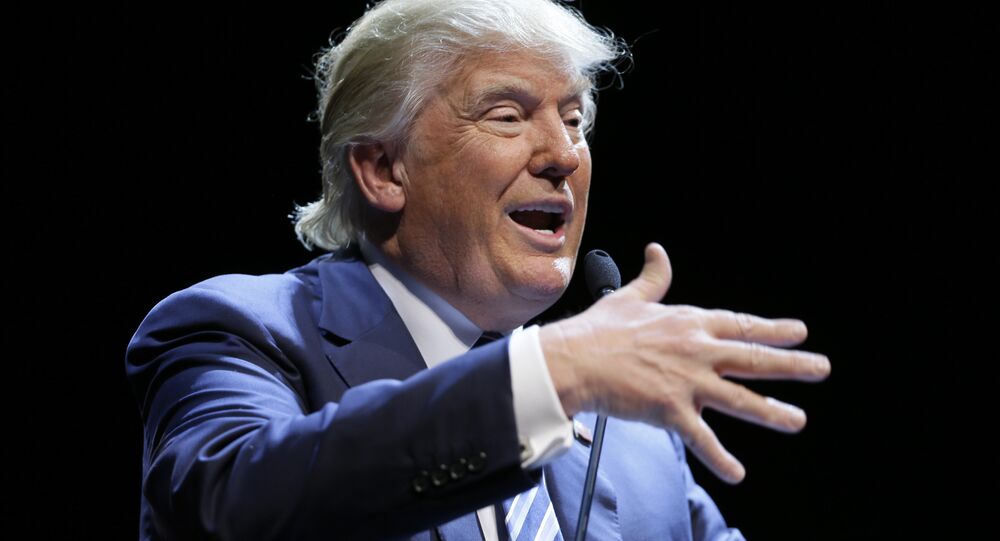 "Everybody admits worldwide the Muslims were absolutely going wild. Many people know it took place, and everybody knows it took place worldwide,” Trump said Saturday at a rally in Sarasota, Florida, as quoted by the CBS News corporation.

© AP Photo / Greg Allen
Trump Campaign Accuses US Media of Suppressing 9/11 Footage
This is not the first time Trump made controversial remarks on the issue of the 9/11 attacks, saying earlier this month that Arab and Muslim Americans were celebrating them.

On September 11, 2001, Islamic extremists  attacked the World Trade Center in New York City and the US Department of Defense, killing 2,996 people and causing $10 billion in property and infrastructure damage.