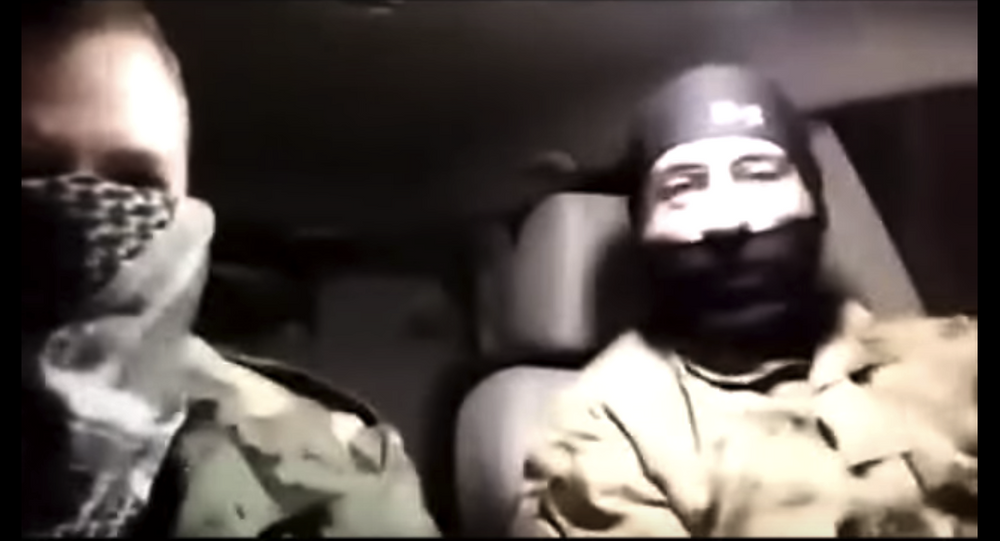 Three men arrested in connection to the shootings of five Black Lives Matter protestors in Minneapolis met online where they exchanged racist ideologies.

The shootings stemmed from a Nov. 15 demonstration outside a police precinct, where protestors gathered to denounce the shooting death of an unarmed man named Jamar Clark. According to witnesses, the three men confronted protestors before being chased into an alley, where one pulled a gun. Police are investigating whether he fired in self defense and considering if the case should be investigated as a hate crime.

© REUTERS / Craig Lassig
Arrests Made in Shooting of #BlackLivesMatter Protesters in Minneapolis
The men were identified as Allen Lawrence “Lance” Scarsella III, 23; Nathan Gustavsson, 21; and Daniel Macey, 26. According to Raw Story, they through websites such as Facebook and 4Chan.

Emails between the three also raise suspicions that the confrontation was planned. “Do you know if the BLM niggers are planning to protest again tomorrow, and if so, at what time?” one man asked in an email chain.

BLM activists posted a video supposedly taken from one of the men’s websites. It shows two masked men in a car with one brandishing a gun. The two discuss harassing dindus, a term used to criticize black protestors.

“We are on our way, we’re going to knock this shit out,” said the driver in the video. “Fuck — and we’re going to see what these dindus are dinduing about.”

YouTube/Steve Schuster
Milwaukee Sheriff Declares Black Lives Matter Protesters 'Will Join ISIS'
The driver identifies himself as “Sage Marine.” According to Raw Story, this man was questioned and released Tuesday after police said he wasn’t at the scene of Monday’s shooting.

Some are criticizing the Minneapolis Police Department’s handling of the investigation.

“We believe the police department is facilitating the injustice, bullying the protesters. … And we also believe that they’re involved in this shooting,” said NAACP leader Raeisha Williams.

The Minneapolis Police department responded assuring the community they are pursuing the case as best they can.

“Dozens of officers responded almost immediately attending to victims and secured the scene,” reads an official statement. “Additional resources were called in and are actively investigating the shootings, interviewing a multitude of witnesses.”