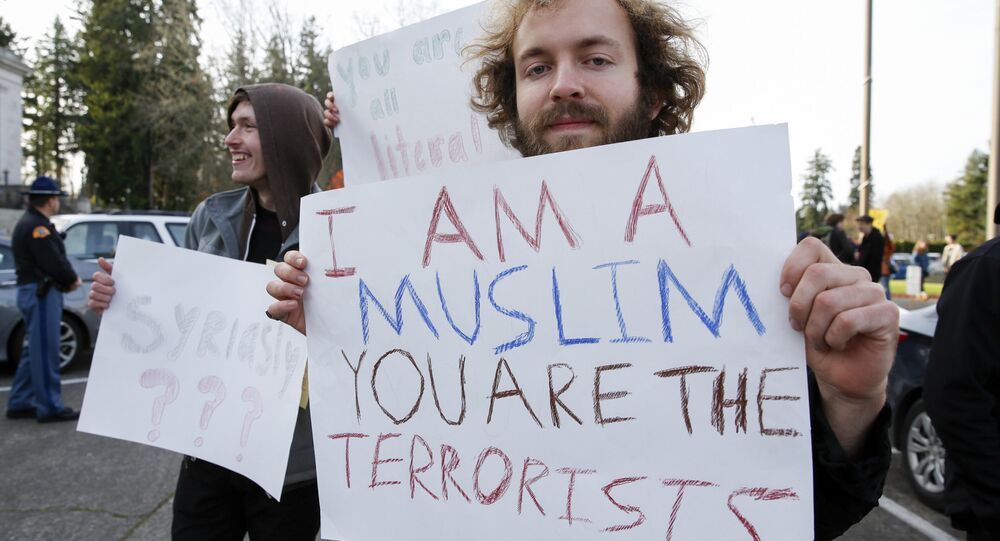 Syrian War to End if US, Allies 'Stop Supporting Terrorists' - US Senator

The United States continues to supply terrorists in Syria with weapons, making them a grave threat to global security as well as deepening the conflict in the country, the Virginia State Senator said.

WASHINGTON (Sputnik) — The United States and its allies can promptly end the conflict in Syria if they decide to stop providing assistance to terrorist groups in the country, Virginia State Senator Richard Black told Sputnik.

“People need to understand that if the United States, France and Britain stopped supporting terrorists, the war would end,” Black said on Wednesday. “We caused the war, and we can end it whenever we wish.”

"Tens of thousands of Toyota trucks are being delivered to ports in Turkey, fitted with 23 mm cannons from Croatia, and delivered to ISIS [Islamic State] and al-Qaeda-linked factions fighting in Syria," Black said. "The United States remains deeply involved in training terrorists and arming them to battle the legitimate Syrian forces."

© Sputnik / Ruslan Krivobok
US Hopes Russia Respects Safety Memorandum After S-400s Deployed in Syria
Black noted that for the past four years, Washington had trained 200 terrorists each month at bases in Jordan, who regularly cross into Syria.

Earlier in November, al-Qaeda's affiliate in Syria — the Nusra Front — released a video in which it openly thanks the Free Syrian Army (FSA) for supplying it with US-made anti-tank TOW missiles. A report released by the Iranian news agency FARS claims Saudi Arabia also sent TOW missiles to the Nusra Front last month.

The Syrian rebels staged a chemical weapons attack under the guidance of Turkish intelligence to persuade the United States to engage in direct combat, Richard Black stated.

In August 2013, an unprecedented chemical weapons attack which killed more than 1,300 civilians took place in Ghouta, a suburb of the Syrian capital Damascus. Militants and Syrian President Bashar Assad’s government blamed each other for the attack.

"That attack [in Ghouta] was staged by rebels to draw America into direct combat against Syria," Black said on Wednesday.

The senator added that Pulitzer Prize winning author, Seymour Hersh, reported that the gas attack was carried out by Syrian rebels under the direction of Turkish intelligence agents.

Installation of an Islamic dictatorship

Moreover, the Turkish government, along with Saudi Arabia and Qatar, have been providing financial assistance to terrorist groups in Syria in order to overthrow President Bashar Assad and establish an Islamic dictatorship, Richard Black said.

“Saudi Arabia and Turkey were anxious to purge President Assad’s secular government and install a severe Islamic dictatorship,” Black stated on Wednesday. “Along with Qatar, they funded an array of terrorists to subjugate the Syrian people.”

The Virginia senator noted that Saudi Arabia and Turkey have pressured Washington as well as NATO into demanding the dismissal of the Assad government.

“If the Turks and Saudis succeed, they will install a brutal Islamic regime dominated by ISIS [Islamic State] or al-Qaeda,” Black said.

© AP Photo / Gero Breloer
Over 950,000 Refugees Have Registered in Germany in 2015
At the same time, Saudi Arabia has refused to accept a single refugee and would rather turn Europe into an Islamic region, Black said.

The European Union is currently struggling to manage a massive refugee crisis, with hundreds of thousands of people fleeing conflict-torn countries in the Middle East and North Africa for Europe.

"Saudis, who fund the bulk of international terrorism, have refused to accept a single refugee," Black said on Wednesday. "Instead, they offer to build 200 mosques, to convert Europe to an Islamic region. This, of course, is the true objective of the immigrant wave."

This huge wave of refugees, Black noted, did not occur until near the fifth year of the war in Syria.

Islamic "refugees" were sent into Europe, Black suggested, only after Turkish President Recep Tayyip Erdogan consolidated power in the wake of recent elections.

"Three-quarters of these immigrants are military-aged men — not the families you would expect of legitimate refugees," the senator added.

Black also observed that none of the refugees are Christians, although Christians are the ones suffering persecution.

Syria is Getting the Best Air Defense Missile System Ever