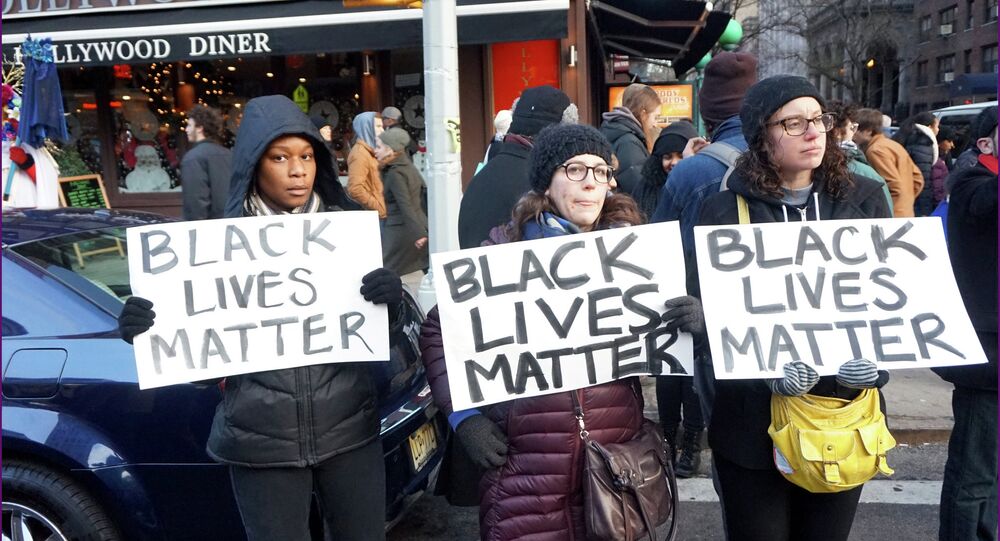 © REUTERS / Craig Lassig
Five Protesters Shot During 'Black Lives Matter' Rally in Minneapolis
MOSCOW (Sputnik) — On November 15, Minneapolis police said they fatally shot Clark, 24, as was trying to disarm an officer. However, activists claim Clark was lying handcuffed on the ground and was not resisting at the time of the shooting.

About a thousand of demonstrators, calling for 4th Precinct police station in north Minneapolis shut down, gathered in Manhattan’s Washington Square Park on Wednesday before marching to New York City's Union Square. At least fifteen of them was arrested, according to activists estimates.

Minneapolis Police Department Public Information Officer John Elder told Sputnik on Tuesday the police were ready to use again chemical irritants as the most effective weapon against unruly protesters.